FOX 32 NEWS - The family of a 19-year-old man is calling for justice after he was shot and killed by a Chicago Police sergeant.

An autopsy revealed Kajuan Raye was shot in the back and his death is being ruled a homicide.

Chicago Police Superintendent Eddie Johnson said in a statement to the media Thursday that the public should allow the detectives to continue reviewing evidence and to let that tell the story.

On Friday, friends and family of 19-year-old Kajuan Raye gathered near the spot where he was shot and killed by a Chicago Police sergeant.

"It's sad to say that the police just killed my nephew and they still ain't found no gun,” said Michelle Raye, the man's aunt.

Raye was killed on Wednesday night.

The sergeant who fired the fatal shot said he was in the West Englewood area looking for a battery suspect, according to Chicago Police.

He thought he spotted him on Ashland near 65th.

As can be seen in surveillance video, the sergeant approached Raye and his friend at a bus stop. Both took off running. The sergeant chased Raye past a church and into an alley.

The video doesn't capture the shooting.

The sergeant claimed Raye pointed a gun at him twice, but after an extensive search, police said no weapon was found.

"He was a good kid at the end of the day and did not deserve, he didn't get a chance to live no life. At 19 years old. What gave you the right to take my nephew's life? That ain't right," Michelle Raye added. "That's not right and justice needs to be served."

The Cook County Medical examiner says Raye was shot in the back. His death has been ruled a homicide.

The family plans to file a lawsuit against the sergeant.

"It ain't about the money. Whatever they give, whatever happens, it won't bring him back," Raye's cousin, Ahkeya White said.

The sergeant was expected to be placed administrative duty pending the results of the investigation. 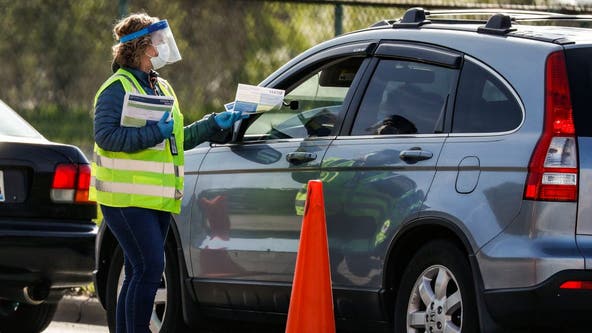