Walmart investigating use of money donated by Khalil Mack

An act of Christmas charity by Chicago Bears star Khalil Mack has now taken a sudden and unfortunate turn.

CHICAGO - An act of Christmas charity by Chicago Bears star Khalil Mack has now taken a sudden and unfortunate turn.

FOX 32 has learned that an investigation is underway into whether thousands of dollars donated by Mack may have been misappropriated.

It started with a gift to Walmart shoppers in his Florida hometown.

It was the kind of warm holiday story everybody loves. Two weeks ago, more than 300 shoppers at a Walmart in Ft. Pierce, Florida were stunned to learn through Facebook that their Christmas gifts purchased on layaway had been paid off by hometown hero Khalil Mack. 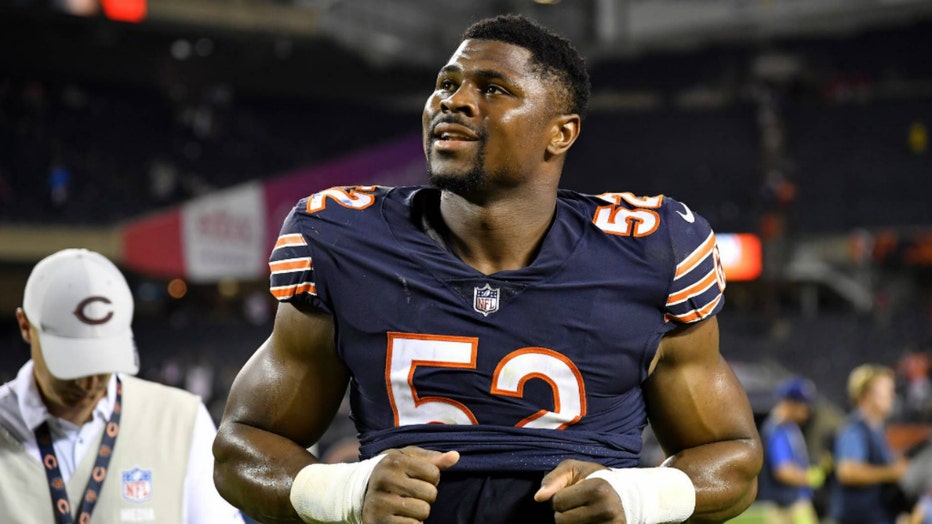 Khalil Mack #52 of the Chicago Bears walks off the field after defeating the Seattle Seahawks 24-17 at Soldier Field on September 17, 2018 in Chicago, Illinois. (Photo by Quinn Harris/Getty Images) ( )

But now there's a problem. Mack's charitable foundation cut an $80,000 certified check for the Christmas surprise, but the layaway bill only added up to $60,000.

We're told the store managers gave the extra $20,000 cash to store employees to split amongst themselves, keeping in mind many are making low wages or used it to pay off the employee's gifts on layaway.

An employee who was left out got angry and alerted Walmart officials who have now launched an internal investigation into how that charity money was handled.

We're told all of the employees who split the cash, plus the managers who approved it, have now been suspended pending that investigation.

A Walmart spokesperson tells us: "We appreciate Khalil Mack's generosity in paying off layaway items for hundreds of customers in the Ft. Pierce community and are looking into how the store handled the transaction to ensure it was appropriate and in keeping with Walmart's guidelines."

Until Thursday, Mack was unaware of the controversy surrounding his good deed. His foundation started within the past year and has also paid for hometown high school athletes to fly to Chicago to watch him play at Soldier Field.