Summer was unseasonably hot in many areas of the country, with several cities breaking summer temperature records, and it doesn’t appear that the heat is going to let up anytime soon.

LOS ANGELES - September marks the first day of meteorological fall, but it may not feel like autumn anytime soon.

Summer was unseasonably hot in many areas of the country, with several cities breaking summer temperature records, and it doesn’t appear that the heat is going to let up anytime soon.

According to the NOAA’s Climate Prediction Center (CPC), above-average temperatures are likely to continue for the next 90 days.

The CPC issued its fall outlook on Sept. 1, which covers the months of September through October.

Warmer-than-normal temperatures are forecast for all of the lower 48 states, especially in the Southwest and Northeast. 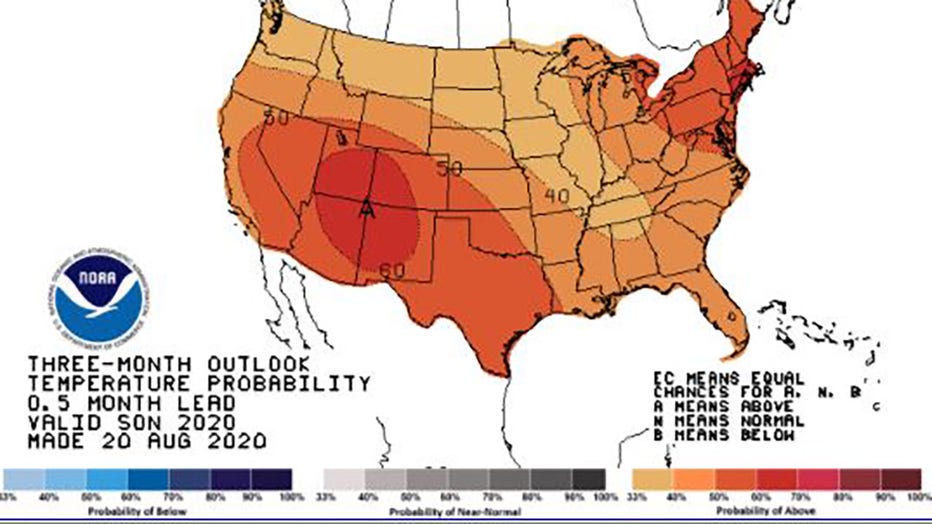 In August, Death Valley, California recorded a whopping 130 degrees. This would be the hottest Earth has been in more than 89 years and the third-warmest ever measured. That 130 temperature reading is only below the disputed all-time record of 134 degrees at nearly the same spot in 1913.

RELATED: Hot summer ahead: Scientists say 2020 is on pace to be one of the warmest years on record

The summer heat wave in the west was due to an amplified high pressure system, which caused weeks of triple digital temperatures and dry conditions in Arizona, which has caused a lackluster Southwest monsoon.

In CPC’s precipitation outlook, wetter-than-normal conditions are expected in the Pacific Northwest, Southeast and sections of Alaska.

Meanwhile, the odds for drier conditions and below normal precipitation stretch from the Southern Sierra Nevada mountains to the central Rockies and Southern Plains.

Model outputs and statistical tools showed an upcoming La Nina that is expected to develop through the winter of 2020-2021, and a La Nina watch is in effect. 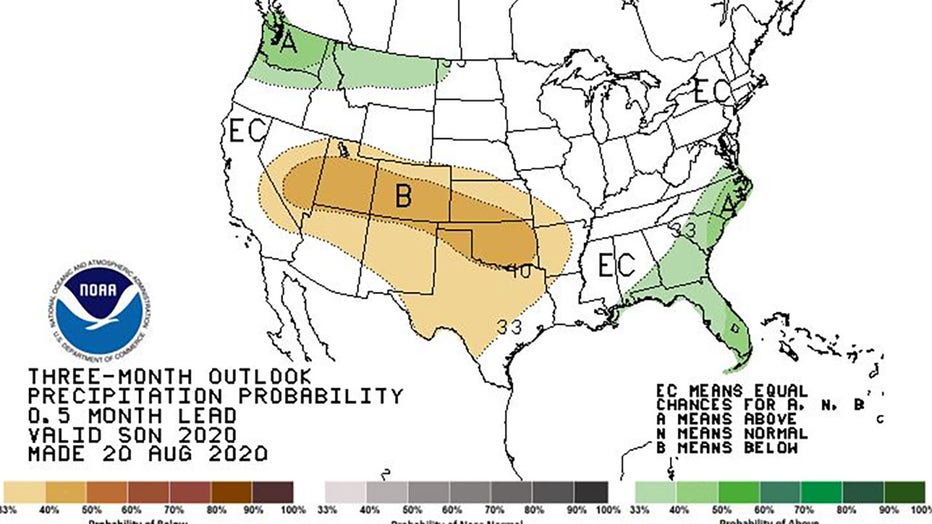 Climatic normals are based on conditions between 1981 and 2010, following the World Meteorological Organization convention of using the most recent three decades as the climatic reference period.