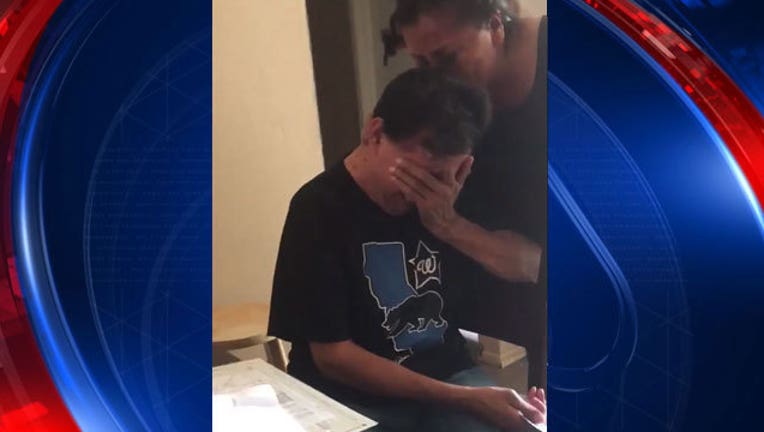 LOS ANGELES— A California father received the surprise of his life Wednesday, and his sweet reaction has gone viral.

Twitter user sailormoonprincess. posted a video on Twitter showing her father open an envelope that contained surprise tickets to Saturday’s U.S.-Mexico soccer game at the Rose Bowl. This is his first set of tickets, wrote his daughter.

The father cannot contain his excitement and begins tearing up, quickly winning the hearts of thousands of social media users.

The original tweet has been retweeted more than 16,000 times and 'favorited' by nearly 26,000… catching the attention of one of Mexico’s elite players. It has since been retweeted by Mexico’s famously known player, a favorite, Giovani Dos Santos.