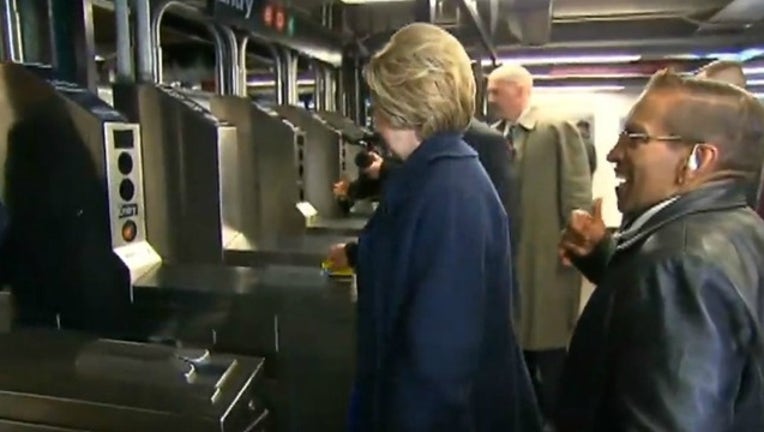 At a New York City subway station, the Democratic presidential front-runner had to swipe her MetroCard five times to finally pass through the turnstile.

Clinton is in The Big Apple in advance of her debate against Bernie Sanders in Brooklyn on April 14 and the state's much-anticipated April 19 primary vote.