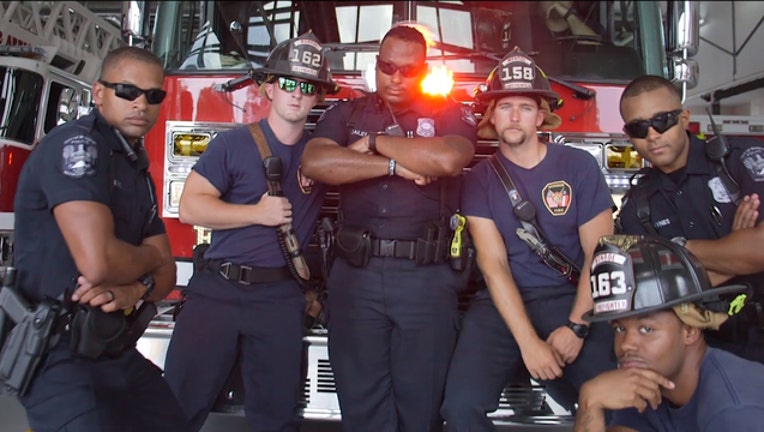 MONROE, Ga. - The Monroe Police Department has decided to join in on the nationwide law enforcement lip sync battle craze in a big, funky way.

The department shared a video on Sunday of a group of five officers dancing around the city lip syncing to Bruno Mars and Mark Ronson's "Uptown Funk."But before you started wondering, they called the police AND the firemen, as members of the Monroe Fire Department joined in the fun.

The group challenged the Loganville, Snellville, Social Circle, and Winder police departments to do their own songs. We can't wait to see the responses.

They're not the first Georgia law enforcement to take up the challenge. Earlier this week, Anthony Heard Sr. of the Elbert County Sheriff's Office went viral with his lip sync version of a Luke Bryan song.

You can watch the whole thing on Facebook below: