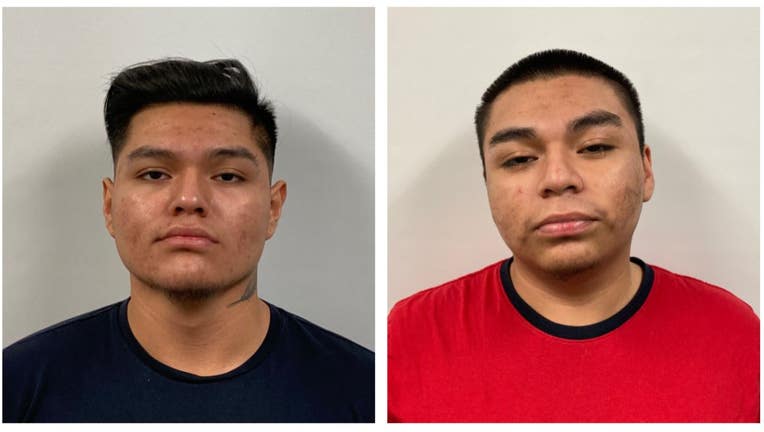 Police said shots were fired at 7:16 p.m. Friday on the 300 block of Brown Street. The two 17-year-old girls in the car were not injured.