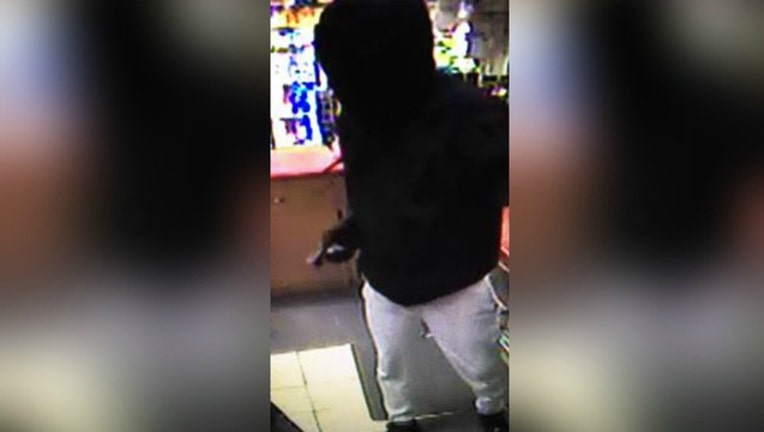 Surveillance photo of the suspect who robbed a gas station at gunpoint Wednesday night in Waukegan. | Waukegan police

The robbery happened about 10 p.m. at the Marathon station in the 300 block of Lewis Avenue, according to Waukegan police.

The two suspects were both described as black males, about 6-foot with thin builds, police said. The first suspect was wearing a black hooded sweatshirt and gray sweatpants, and was armed with a handgun. The second was wearing all black.

Both suspects had their faces covered and were last seen running away, police said.

Anyone with information should call the Waukegan Police Department tip-line at (847) 360-9001.