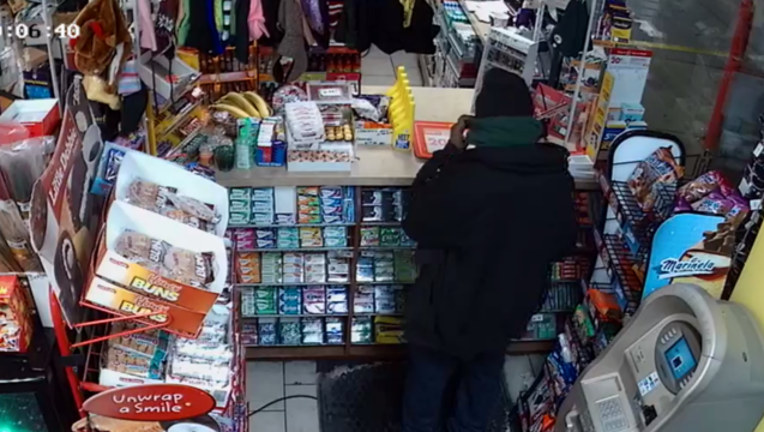 Surveillance photo of the suspect who robbed a Waukegan gas station at gunpoint on Christmas Eve. | Waukegan police

The robbery happened about 8 p.m. Saturday at the Shell station in the 2700 block of Washington Street, according to Waukegan police.

A man entered the station, pulled out a black handgun and demanded money, according to police.

The suspect was described as a man in his 50s, about 5-foot-6 with medium build and light complexion, police said. He had a green hoody or scarf covering his face.

He was last seen running north through the parking lot.

Anyone with information or who recognizes the suspect should call the tip line at (847) 360-9001.