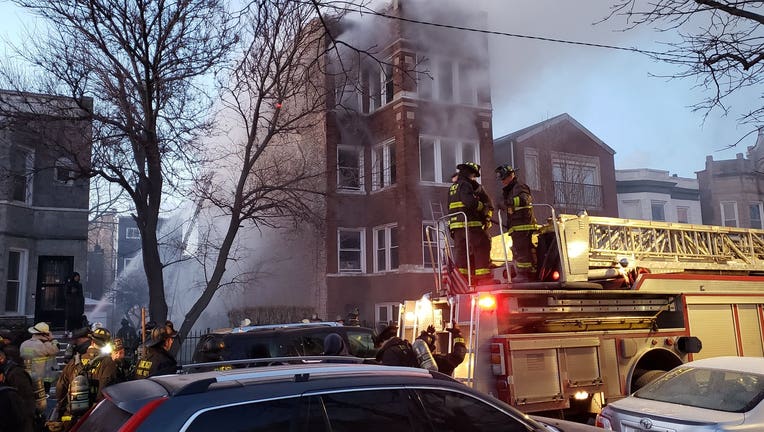 HOMAN SQUARE - An apartment fire on the city's west side has sent multiple to the hospital.

The Chicago Fire Department said flames began to burn in the rear of the building in the 3600 block of W. Lexington in Homan Square early Sunday. A mayday alert was sent out.

The fire sent one woman in her 60s to the hospital, and two children were also transported to Stroger Hospital for evaluation.

Residents of the building tell FOX 32 they are currently sitting in a CTA bus on the street of the fire, as crews continue to extinguish the flames.

At 8:50 a.m., fire officials said the flames had been struck.