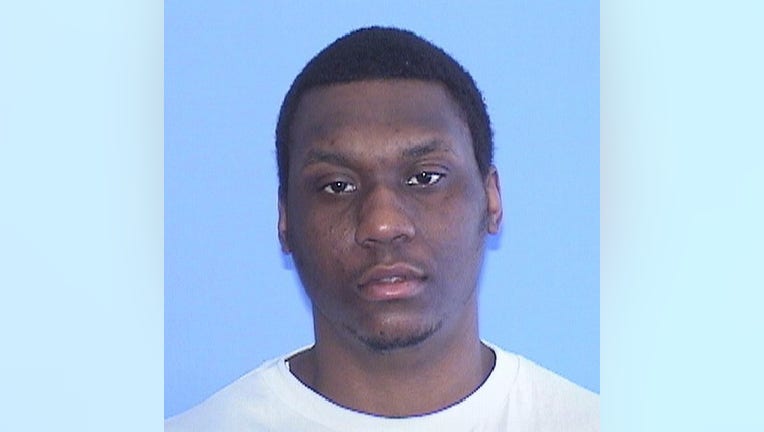 CHICAGO - A Westmont man has been charged after allegedly beating a police officer and attempting to take his taser, authorities announced Thursday.

On Wednesday at about 10:40 p.m., a Westmont Police Department officer observed a vehicle allegedly driving at a high rate of speed.

The officer caught up to the vehicle and activated his emergency lights to initiate a traffic stop on the vehicle, authorities said.

The driver of the vehicle allegedly slowed down, but did not pull over. He eventually turned onto another street, and began driving at a high rate of speed while being followed by the officer.

After obtaining registration information on the vehicle, the officer stopped his pursuit.

The officer then went to the address where the vehicle was registered a short time later. He found the vehicle parked in a nearby driveway, authorities said.

The officer then approached the vehicle and observed Moore allegedly exiting the driver side door.

Authorities said the officer then allegedly ordered Moore to return to and remain inside the vehicle. He refused and ran toward the front door of the residence, police said. The officer followed.

The officer and Moore both allegedly fell to the ground at which time Moore began to hit the officer on his face, head and upper torso, authorities said.

Moore also began to forcefully shut the door on the officer's head.

At this time, the officer activated his taser, but the defendant allegedly continued to resist and grabbed onto the taser and attempted to take it from the officer, authorities said.

The officer was able to retain control of the taser, but Moore continued to strike the officer and eventually made his way into the residence.

The officer attempted to get the defendant to leave the home, but he refused to comply, authorities said.

On Thursday, officers returned to the residence with a search warrant, and Moore was taken into custody.

"Police officers put their lives on the line for us every day and any assault on an officer of the law will be met with the full force of the law," DuPage County State’s Attorney Robert B. Berlin said. "I thank the Westmont Police Department for their efforts in bringing Mr. Moore into custody. I also thank Assistant State’s Attorney Grace Barsanti for her work in securing strong charges against Mr. Moore."

Moore appeared in Bond Court Thursday afternoon and his bond was set at $50,000.

His next court appearance is scheduled for Nov. 1.