The life and legacy of Queen Elizabeth II

LONDON - What a difference seven decades have made. The world has changed in unimaginable ways since Queen Elizabeth II was crowned in 1953.

The queen died Thursday surrounded by family at Balmoral castle in Scotland.

When 25-year-old Princess Elizabeth was proclaimed queen on Feb. 6, 1952, the British Empire stretched across the world, royalty was widely revered, and televisions were still a novelty item. On June 2, 1953, Elizabeth’s coronation at Westminster Abbey was the first time most people had watched an event live on television. Millions around the world saw the ceremony on TV, outnumbering the radio audience for the first time.

The world has undergone profound changes since then and so has the monarchy. Queen Elizabeth II’s empire shrank, then crumbled. While most people in Britain remain loyal to the queen and respect her years of service to the nation, attitudes about the monarchy have swung from unquestioning deference to scrutiny. In the 1980s, Princess Diana brought global star power to the House of Windsor, but also ushered in an era in which the royal family was forced to negotiate an uneasy relationship with the media.

READ MORE: What happens when the queen dies? All about Prince Charles’ succession, accession and coronation 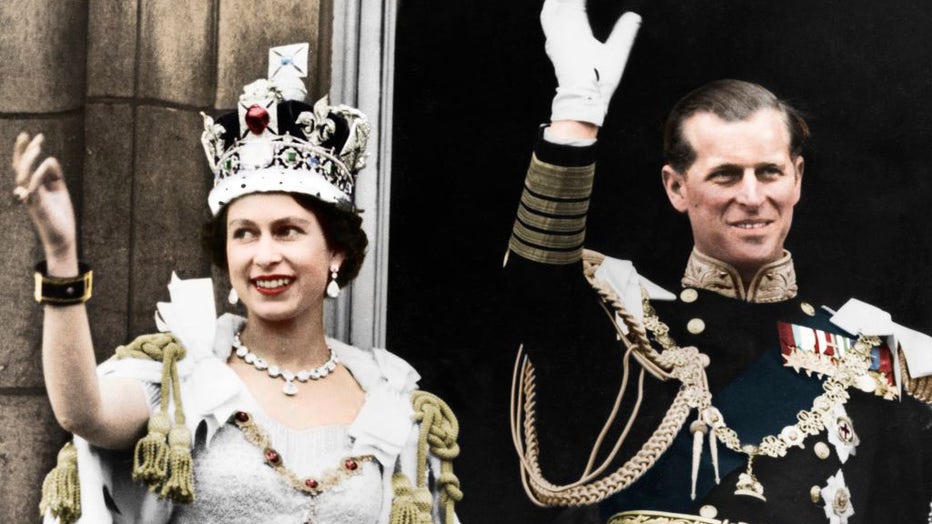 Queen Elizabeth II and the Duke of Edinburgh on the day of their coronation, Buckingham Palace, 1953. (Colorised black and white print). Artist Unknown. (Photo by The Print Collector/Getty Images)

According to the Office of Energy Efficiency and Renewable Energy, gas prices averaged 21 cents per gallon in the United States.

Today, the price of gas is famously a pain point for many in the U.S. The national average was $3.75 per gallon as of Sept. 8, according to AAA. That’s down from a record high national average of over $5 a gallon in June.

READ MORE: Monarchies around the world: The U.K., a diarchy, and the uniqueness of Vatican City

Officials blame the rise on inflation but note gas prices have fluctuated greatly over the decades. They cite the U.S. embargo of oil from Iran in the early 1980s that caused gas prices to soar. Gas prices continued to rise between 2002 and 2008 but then fell rapidly during the subsequent economic recession. The rose and dipped again during the COVID-19 pandemic lockdown and rose again during the Russian invasion of Ukraine. 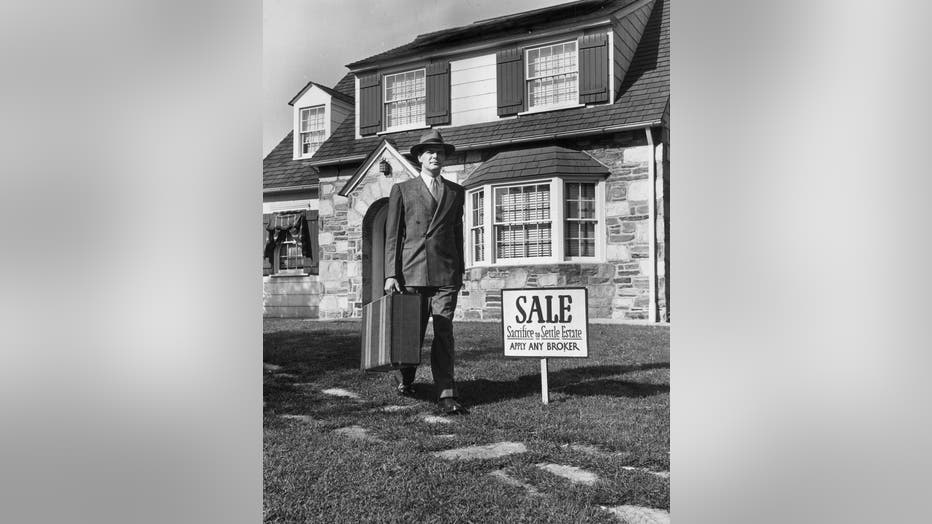 circa 1955: A real estate agent carries a suitcase while walking across the front lawn of a house displaying a 'SALE: Sacrifice to Settle Estate/ APPLY ANY BROKER' sign. (Photo by Lambert/Getty Images) 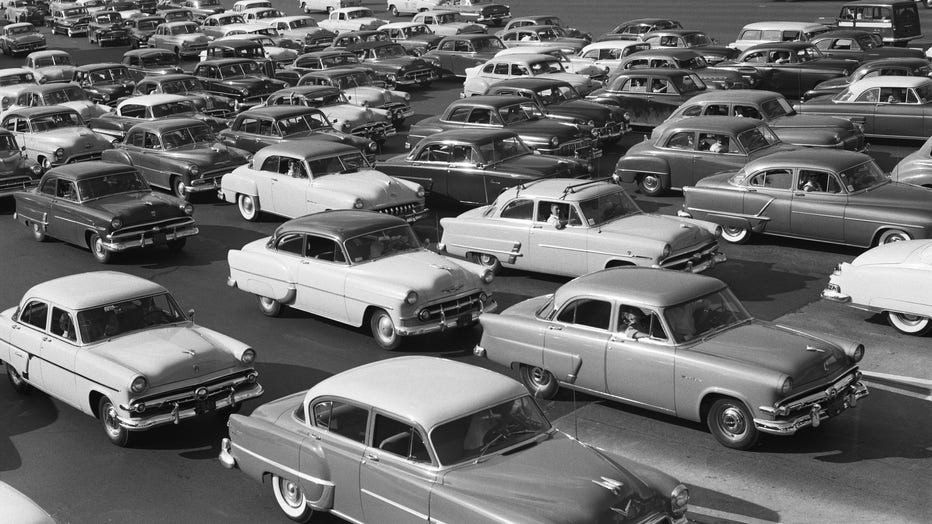 That’s a far cry from today’s average, which creeped up to a whopping $48,182 in July — up 12% from 2021. Drivers searching for non-luxury vehicles paid, on average, $875 above sticker price for the same month. 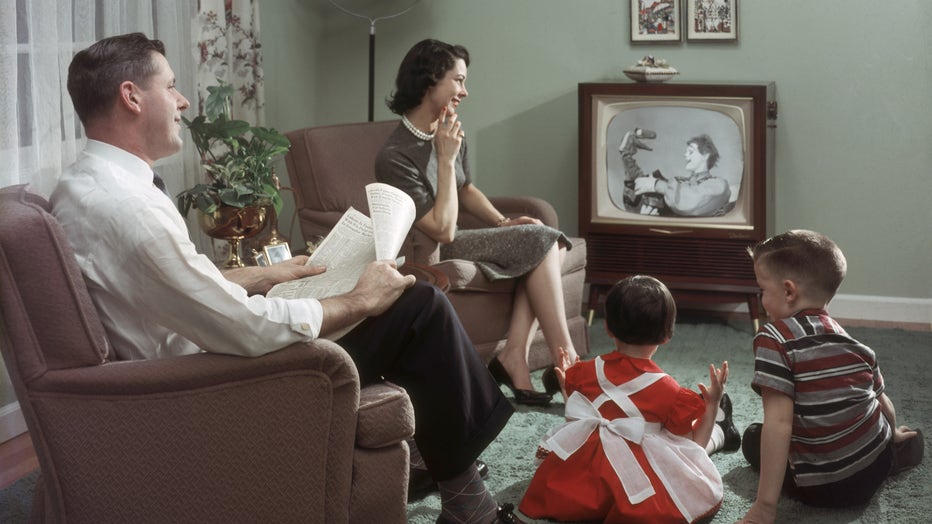 A happy family cheerfully sits in their living room and watches a televisied clown and puppet show, 1957. The father holds an newspaper open to the financial section in his hands. (Photo by Lambert/Getty Images)

The year Queen Elizabeth became queen was also the first year a TV show aired in color in the U.S. Three months later, the first color TV went on sale in New York City. The price was $1,295.

Today, consumers pay about $500, on average, for a new television. 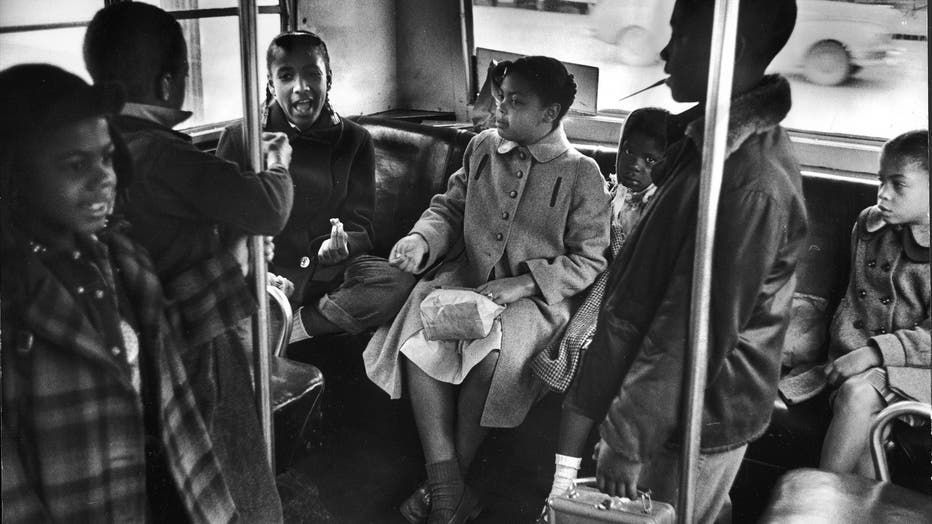 When Queen Elizabeth was crowned more than 70 years ago, public schools in the United States were still operating under the "separate but equal" doctrine that allowed segregation in schools. It wasn’t until a year later in 1954 that the U.S. Supreme Court outlawed segregation, but it would take another 14 years for most schools to completely desegregate.

In 2016, the Cleveland, Mississippi school district became the last district in the nation to desegregate after a federal judge ruled that it had to. 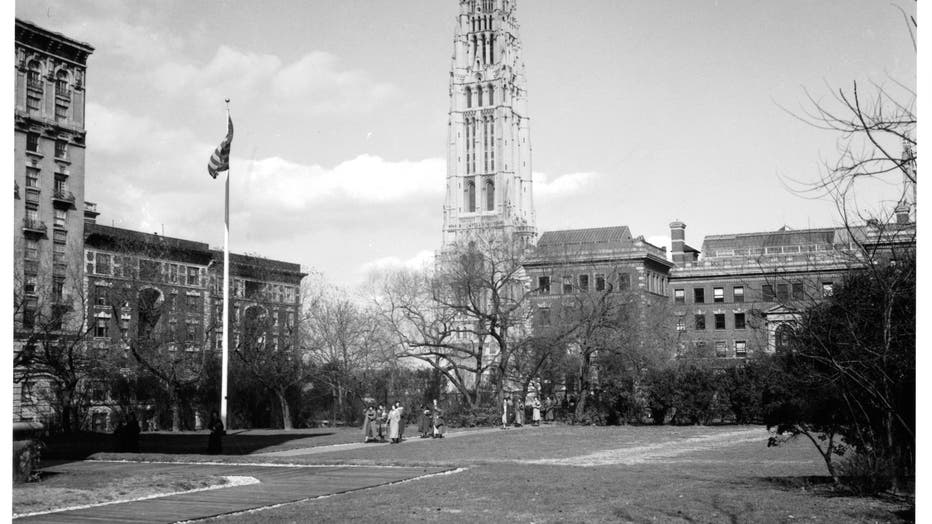 A campus view of Barnard College, a private women's liberal arts college and a member of the Seven Sisters and affiliated with Columbia University in New York City, New York, 1955. (Photo by R. Gates/Archive Photos/Getty Images) 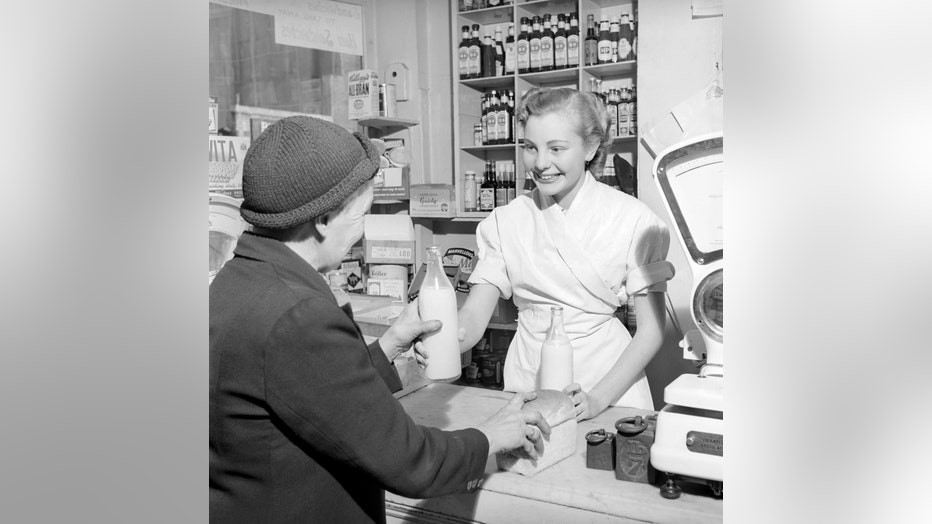 In 1953, two tall cans of milk would set you back a quarter. A loaf of rye bread was 29 cents, and a head of iceberg lettuce was 6 cents.

Today, a gallon of whole milk costs, on average, $4.38, according to the USDA, and a loaf of bread averages $1.72. In July, Whole Foods was reportedly selling some loaves of artisanal bread for more than $10 a loaf. 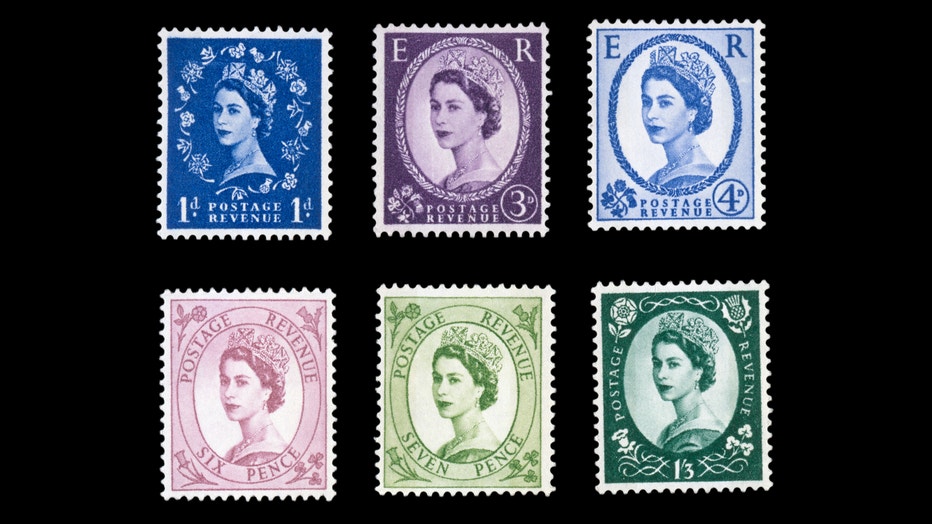 When Elizabeth became queen, you could mail a letter for 3 cents. Today, a stamp costs 60 cents. 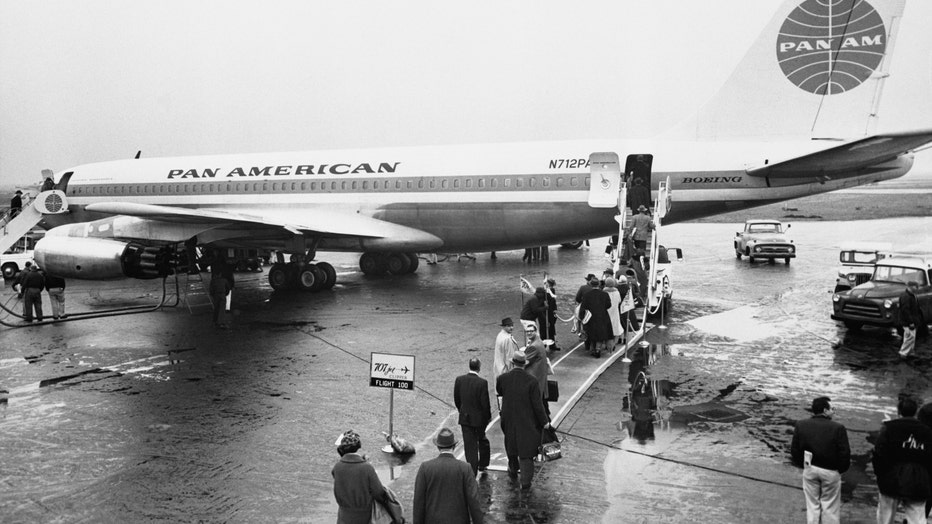 Much like televisions, air travel has gotten cheaper — and better — over the years. In the 1950s, a one-way flight from Los Angeles to Kansas City was listed at $68, according to Gizmodo. That’s about $710 in 2022 adjusted for inflation.

Today, a quick Google search will find the same flight for as little as $69.