Wheaton man charged with crash while allegedly high on marijuana

A 20-year-old Wheaton man was allegedly high on marijuana when he caused a crash in west suburban Lisle on Monday night.

LISLE, Ill. - A 20-year-old Wheaton man was allegedly high on marijuana when he caused a crash in west suburban Lisle on Monday night.

Lisle police officers responded to the head-on crash just after 7 p.m. near Route 53 and Main Street.

Cole T. Dixon was driving southbound on Route 53 when he crossed into oncoming traffic, causing the crash, according to a preliminary investigation.

Dixon has been charged with driving under the influence of drugs, unlawful possession of cannabis, and improper lane usage. He “showed heavy impairment” in a field sobriety test — the same given to suspected drunken drivers — and was arrested, Lisle police Deputy Chief Ron Wilke said.

Although Dixon was not administered a chemical test, police will likely subpoena his blood test results from the hospital to further confirm he was driving while high, Wilke said.

Dixon faces the unlawful possession charge because he was under the legal age to carry cannabis, which is 21 years old, Wilke said. Additionally, Dixon was carrying the weed in a plastic baggie instead of an airtight container, which is required by the new Illinois law that went into effect Jan. 1, he said.

“We realize that cannabis is legal, but impaired driving is not legal and can obviously be quite dangerous,” Wilke said.

No one was seriously injured in the crash.

Dixon was released on his own recognizance and is due in court Feb. 19. 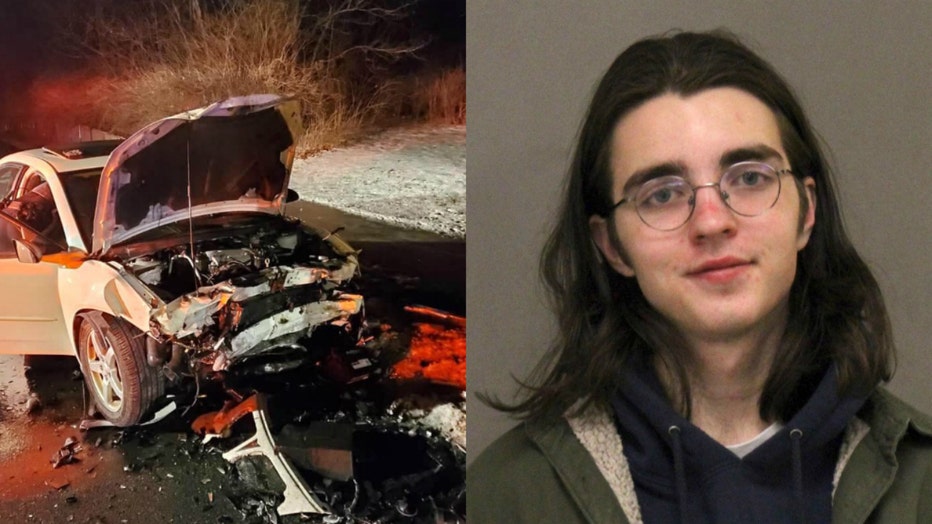