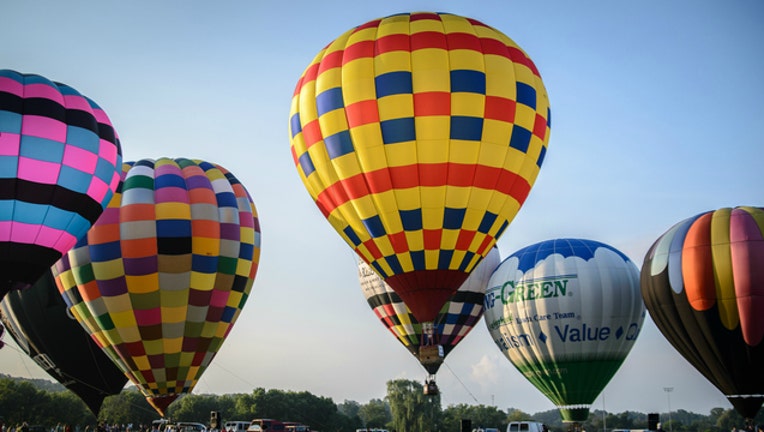 LISLE, Illinois (Fox 32 News) - The weather was sometimes too much for hot air balloons this weekend.

Organizers of the "Eyes to the Skies" balloon festival in Lisle, Illinois, said that high winds forced the cancellation of some planned balloon inflations this weekend. Flights were also canceled at times. Some tethered rides were available, festival organizers said on Facebook.

But as of Saturday evening at 6 p.m., organizers said on Facebook that "the winds are currently too high to inflate the balloons but we are seeing signs that it MAY calm down. We will update as soon as we receive new information."