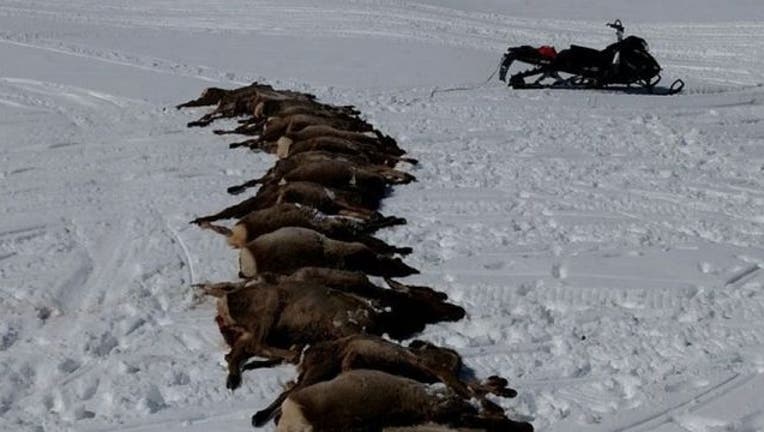 (FoxNews.com) - A pack of wolves killed 19 elk in western Wyoming, according to state wildlife officials describing the slaughter as an extremely rare “surplus kill.”

John Lund of the Wyoming Game and Fish Department said it is not unusual for wolves to kill one or two elk a night in that part of the state but to have 19 killed in one night is rare.

A surplus killing is when an animal kills more of its prey than it can eat and abandons what's left, KGW-TV reported.