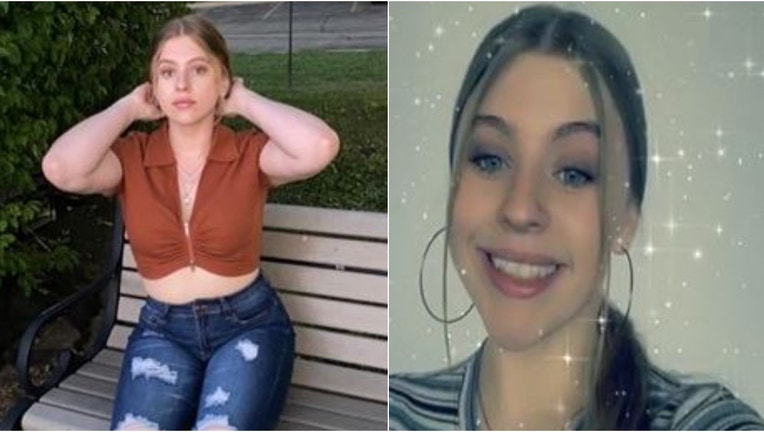 FOREST VIEW, Ill. - Anyone who knew Charisma Ehresman wasn’t surprised by her career choice to become a nurse.

"That’s who she is — she wants to help people," her father, Jeffery Ehresman, said Sunday. "It’s all she ever wanted to do was help people."

Charisma Ehresman was fiercely independent and worked two jobs to make her goal of becoming a nurse a reality. She recently enrolled herself into Triton College in River Grove but she didn’t tell anyone she was returning to school after taking a year off because of the pandemic until the first day of classes.

"She wanted to be able to tell everybody I did this myself," Jeffery Ehresman said. 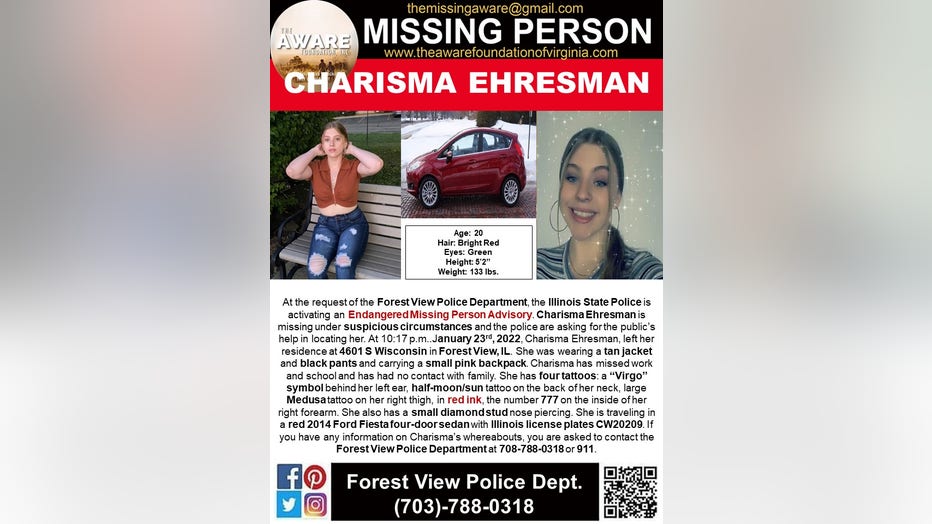 Charisma Ehresman, who was reported missing last week, was found dead Friday in the Austin neighborhood. She was 20.

The Ehresman family reported their daughter missing Monday morning after she left their Forest View home the night before and didn’t return.

Charisma Ehresman was found unresponsive in the backseat of her car around 5:30 p.m. Friday in the 5900 block of West Iowa Street on the city’s West Side, a Chicago police report shows. She was pronounced dead at the scene.

The car had been parked there since Monday morning, according to the police report.

The Cook County medical examiner’s office determined Sunday that Charisma Ehresman died of strangulation and smothering and determined her death to be a homicide, which Area Four detectives are investigating.

"We’re all just in shock, in complete and utter shock," Jeffery Ehresman said. "We knew the second she went missing something was wrong because she doesn’t go missing. This isn’t the girl that runs away when she’s upset or spends days at a guy’s house and doesn’t tell anybody… At 20 years old, she texts her mom, ‘Mom, going to so and so’s house, be back in a couple hours.’"

News of Charisma Ehresman’s death was met with an outpouring of heartfelt tributes on social media.

"You can see everybody’s like, ‘Can’t live without this girl. This girl brightens my day,’" her father said. "She was the person that everybody calls when they were down… because [they knew] she was coming over there" to cheer them up.

"She brightened people’s days," Jeffery Ehresman continued. "I don’t think anybody outside of this house has ever seen my daughter without a smile. And her smile could just — it lights up the whole room. She just had this big, beautiful smile."

The overwhelming online support isn’t a shock for anyone who knew Charisma Ehresman. She could make friends with just about anyone, according to her father.

In fact, she had been a people person from the moment she was able to speak. As a toddler, Jeffery Ehresman remembers taking her to the park, where she would bravely walk up to the other children and ask if they wanted to be her friend or if they cared to play with her.

"She was never shy," Jeffery Ehresman said. "She was the most open and outgoing girl you’ve ever met."

Charisma Ehresman’s best friend without a doubt was her mother.

With her mother constantly feeling "sick and down" as she battles health issues, Charisma Ehresman made it her mission every morning to wake her mother up and make her smile.

"It’s all she cared about," Jeffery Ehresman recalled. "I don’t know how my wife’s gonna survive without her… Her whole world was that girl."

An online fundraiser organized by the family to help raise money for funeral expenses, garnered more than $12,000 worth of donations as of Sunday evening.

Charisma Ehresman loved hanging out with her friends and taking day trips to the city, where she would try new coffee shops or get fancy cupcakes, her father said.

Jeffery Ehresman wants his daughter to be remembered for her tight bear hugs — which he described as her squeezing "every drop of love out of [her] into you" — and her caring heart.

"Because that’s what she was, she was a beautiful soul. She’s a pretty girl on the outside [and] inside. There’s nobody that can match that I’ve never met anyone in my life," he said.