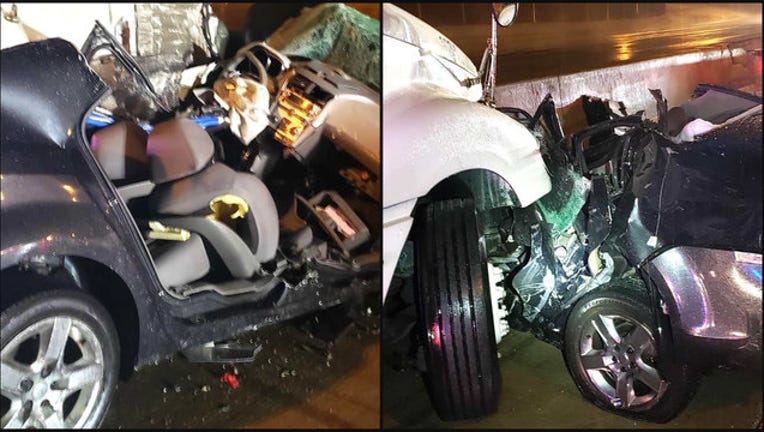 Police believe alcohol and bad weather were factors in the crash in Indiana that killed a 21-year-old woman. | Indiana State Police

(HAMMOND, Ind.) - Police said alcohol and bad weather are possible factors in a crash that killed a 21-year-old woman Tuesday in northwest Indiana.

Eimy Ocampo-Ayala was driving in a Chevy Malibu about 11:30 p.m. when she veered off the roadway and struck a crash barrier on westbound Interstate 80/94 approaching Calumet Avenue near Hammond, Indiana State Police said in a statement.

After the impact, the Malibu struck a semitrailer traveling in the right lane, police said. Both of those vehicles swung left and struck a second semitrailer. They all came to a rest against a median.

Ocampo-Ayala, of Hammond, was pronounced dead at the scene at 1:05 a.m., the Lake County coroner’s office said. No other injuries were reported.