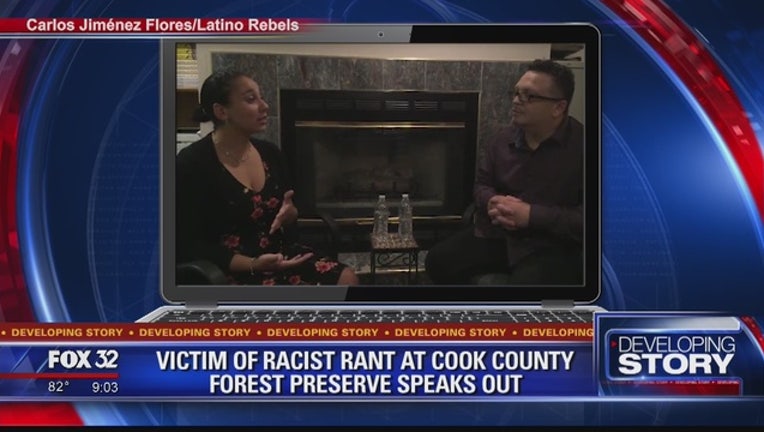 CHICAGO (AP) -- The woman shown in a video being confronted by a man for wearing a T-shirt emblazoned with the Puerto Rican flag says a Chicago forest preserve police officer who appeared to ignore her pleas for help only intervened to tell someone else to "calm down."

Mia Irizarry spoke Friday to reporters about the June 14 incident in a Chicago forest preserve. The man who confronted her has been charged with a hate crime and the officer has quit his job.

Standing with leaders of Chicago's Puerto Rican community, Irizarry says she's sorry the officer quit before explaining his actions but that she's pleased he will no longer be in a position in which he could treat others as he treated her.