A Florida woman arrested for disorderly intoxication claimed she was targeted by a "jealous" hotel manager, according to reports.

Ocala police responded on May 3 to a report of someone trespassing in the pool of the Country Inn & Suites. The woman, who was reportedly wearing a bikini and hanging out with her dog, left after being questioned by hotel staff.

She then claimed that the first hotel had given her trouble because the manager was "jealous that her body looked good." 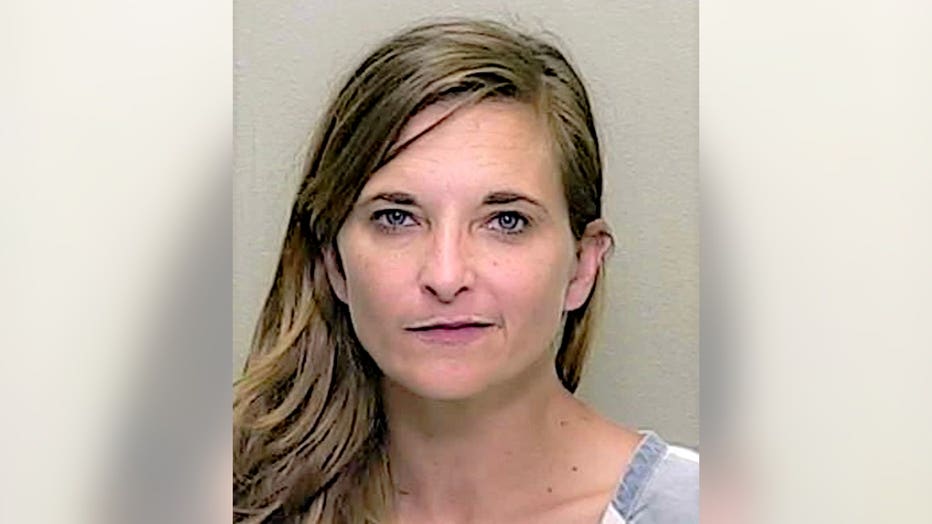 Carr claimed she had been at the Country Inn & Suites with her boyfriend, but she left after getting into a fight with him.

The situation reportedly escalated when police told Carr she needed to leave the second hotel or she would be charged with trespassing: She hopped a fence and pulled her white Mustang convertible into a nearby BP gas station, hitting the parking bumper.

The gas station’s owner told Carr she couldn’t keep her car there, after which she got angry and left, Local 10 News reported.

Police arrested Carr on suspicion of intoxication, and she admitted to having a drink earlier that morning but couldn’t explain why she smelled of alcohol or was visibly intoxicated.

Carr was charged with disorderly intoxication and given trespass warnings from both hotels. An animal control officer was called to take possession of the dog, according to Ocala News.

Carr was booked into Marion County jail and released on a $2,000 bond.