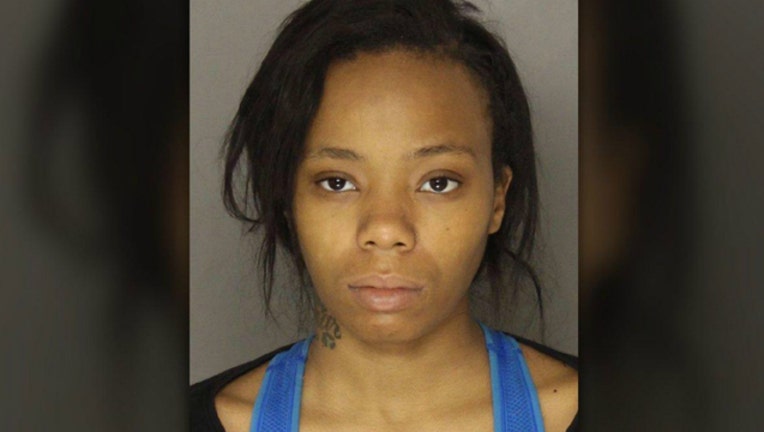 PITTSBURGH (AP) - A woman who claims a public school teacher choked her daughter while disciplining her has been charged with following the teacher after school, hitting her with a brick and then pulling her from her car and beating her.

Daishonta Williams and her boyfriend followed Janice Watkins' car as she left the Pittsburgh King PreK-8 school on Wednesday afternoon, police said. Earlier in the day, the teacher had called Williams to the school for a conference, claiming Williams' 10-year-old daughter bit the teacher when she removed a cellphone from her. The district has a no-phone policy for students.

Watkins told police she was stopped at an intersection when Williams got out of another vehicle and threw a brick, striking Watkins in the face, before beating her. The teacher was treated for facial injuries and lost a tooth.

District spokeswoman Ebony Pugh said violence against a Pittsburgh Public Schools staff member is unacceptable and anyone responsible "must be held accountable for such horrifying behavior."

"We are deeply troubled by the violent act against a teacher of the Pittsburgh Public Schools that occurred on the West End Bridge yesterday afternoon, and we are currently cooperating with the City of Pittsburgh Police Department's investigation," she said in a statement.

Pugh said she could not comment on the particulars of the case, including Williams' claim her daughter was mistreated, because the case remains the subject of a police investigation.

Online court records don't list an attorney for Williams, but police said in their criminal complaint she acknowledged attacking the teacher.

"I ain't going to lie, I did it," Williams said, according to police, though investigators say she denied using a brick and claimed to have only punched the teacher.

The teacher couldn't be reached for comment because no telephone number for her could be found. But the president of her union said words aren't enough to express her "horror" regarding the "brutal attack" she suffered.

"This horrific attack is the most appalling act that I have had to address in my six years as your president," Pittsburgh Federation of Teachers president Nina Esposito-Visgitis said in an emailed statement. "I know acts of violence like this do not represent our kids or our parents, but it is beyond unacceptable."