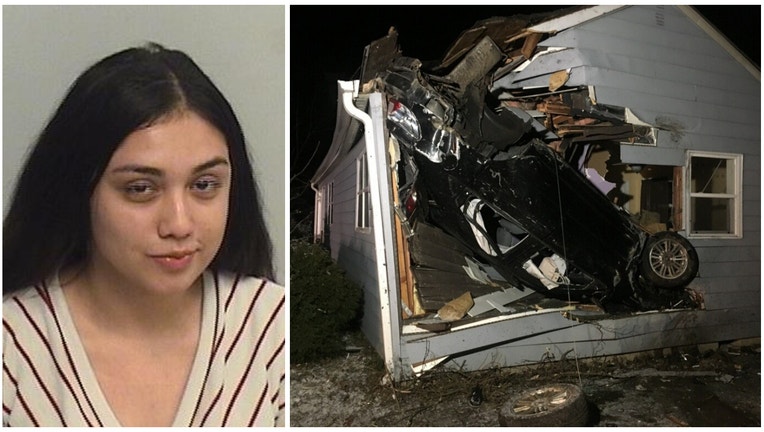 Yajaira Gallaga is facing DUI charges for a Dec. 29, 2018, crash that sent a car flying into a home in the 10000 block of West Yorkhouse Road in Beach Park. | Lake County sheriff's office

BEACH PARK, Ill. - A woman was charged with DUI for a crash that sent a car into a house last year in north suburban Beach Park.

Yajaira Gallaga, 20, was arrested Monday at her Beach Park home and charged with five misdemeanor counts of driving under the influence of alcohol and drugs for the Dec. 29, 2018, crash, according to the Lake County sheriff’s office.

Deputies were dispatched about 1 a.m. and found a 2007 Chrysler Sebring inside a home in the 10000 block of West Yorkhouse Road, the sheriff’s office said. Gallaga was eastbound on Yorkhouse when she lost control and hit the unoccupied home.

She was able to walk away from the crash and went to a nearby home for help, authorities said. She was taken to a hospital with injuries that were not life-threatening.

The house was deemed uninhabitable because of the extensive damage caused by the crash, according to the sheriff’s office.

Gallaga remains held at the Lake County Jail on $25,000 bail, the sheriff’s office said. She is expected to appear in court Tuesday.