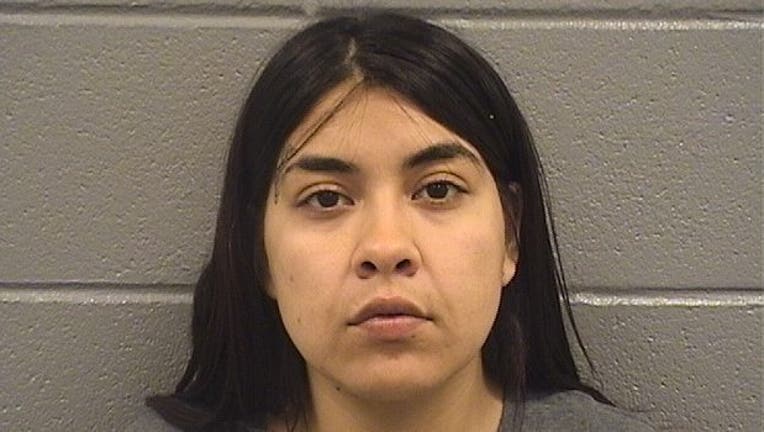 CHICAGO - A woman accused of helping her mother kill a pregnant teen and cut the teen’s baby out of her womb gave birth earlier this month at Stroger Hospital.

Desiree Figueroa, 25, was transported from Cook County Jail to Stroger Hospital and gave birth to an infant on Nov. 1, the Cook County Sheriff’s Office said. She has since been returned to the jail.

The sheriff’s office did not provide any further information. The Illinois Department of Children and Family Services did not immediately respond to a request for comment.

Figueroa has been in custody since May 16, when she and her mother, Clarisa Figueroa, were charged with murdering 19-year-old Marlen Ochoa-Lopez, whom they had invited to their Southwest Side house in April under the pretense of offering her baby clothes.

After strangling the pregnant teen, the Figueroas allegedly cut Ochoa-Lopez’s baby out of her womb and tried to pass it off as Clarisa Figueroa’s. Authorities searched for Ochoa-Lopez for about three weeks before finding her body in a garbage can outside the Figueroa family’s home.

The baby, Yovanny Lopez, clung to life for about a month before dying from complications of various conditions. The Cook County medical examiner’s office ruled his death a homicide.