2 babies dead after woman leaves 1 in bathtub, jumps from South Shore apartment with other: police

Two infants died Thursday after a woman stabbed her father, left one baby in a bathtub then jumped from an 11th floor apartment in South Shore with her son, according to preliminary information from Chicago police.

CHICAGO - A woman has been charged with killing her two young sons and stabbing her grandfather Thursday before jumping out the window of a South Shore high-rise apartment building.

She and 2-year-old Johntavis Newell were found about 2 a.m. Thursday on the ground outside a high-rise in the 7200 block of South Shore Drive, police and the Cook County medical examiner’s office said.

Officers found 7-month-old Ameer Newell unresponsive in the bathtub and a 70-year-old man with stab wounds and cuts to his face and body in an 11th-floor apartment, authorities said. The man told officers that his granddaughter stabbed him before jumping out of the window with her son.

The infants were pronounced dead at Comer Children’s Hospital, police and the medical examiner’s office said. The man and Newell were hospitalized at the University of Chicago Medical Center in critical condition. 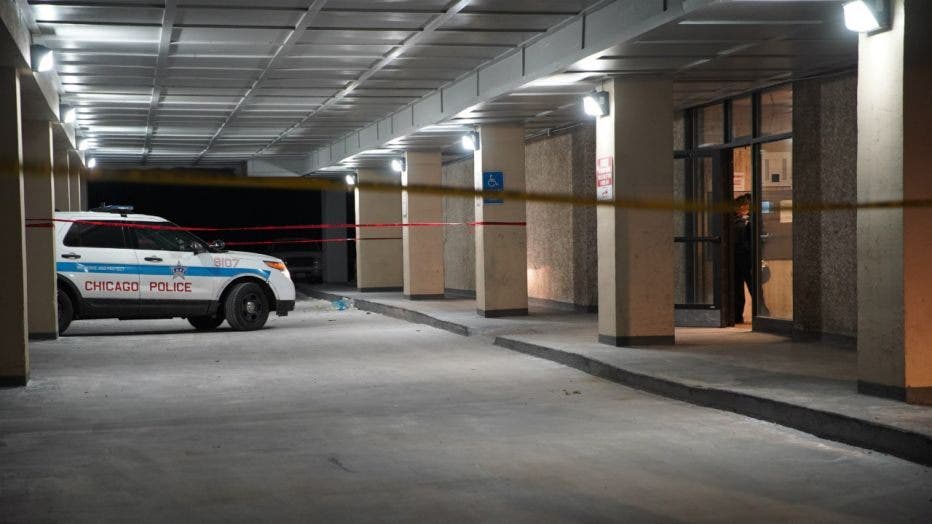 Chicago police tape off the entry to an apartment building where a woman stabbed her father, left a baby in a bathtub, then jumped from the 11th floor with another Jan. 2, 2019.