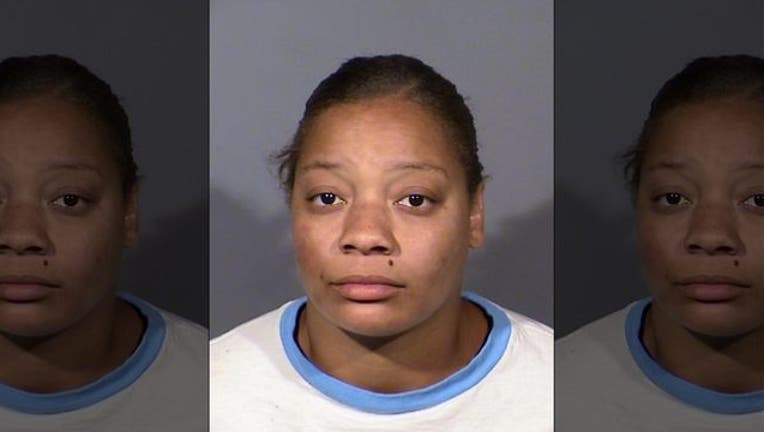 LAS VEGAS (AP) - Security video recorded a woman shoving a 74-year-old man with a walker off a public transit bus in Las Vegas after he asked her to be nice to other passengers, and she's facing a murder charge after the man died, according to court documents.

Serge Fournier hit his head on a sidewalk in the March 21 incident, police said, and the Clark County coroner ruled his death on April 23 a homicide resulting from his injuries.

Cadesha Michelle Bishop was arrested Monday on a murder warrant and was assigned a public defense attorney during her first court appearance on Tuesday. A Clark County public defender's official did not immediately respond Thursday to messages.

A police report says Fournier was moving up the aisle of the Regional Transportation Commission bus when he asked a woman who had been cursing at other people to be nicer to passengers, the Las Vegas Review-Journal reported .

Bishop was accused of shoving Fournier out the door "with enough force that he never touched any of the steps" before hitting his head about 8 feet (2.4 meters) from the bus.

The Las Vegas Sun reported that Bishop was identified in part by a "Love" emblem on her jacket and her son's distinctive Spider-Man backpack. Police said she was seen in the security video, which has yet to be released, walking away holding the boy's hand.

Court records show that Bishop was convicted twice, in 2014 and 2015, of misdemeanor domestic battery charges.