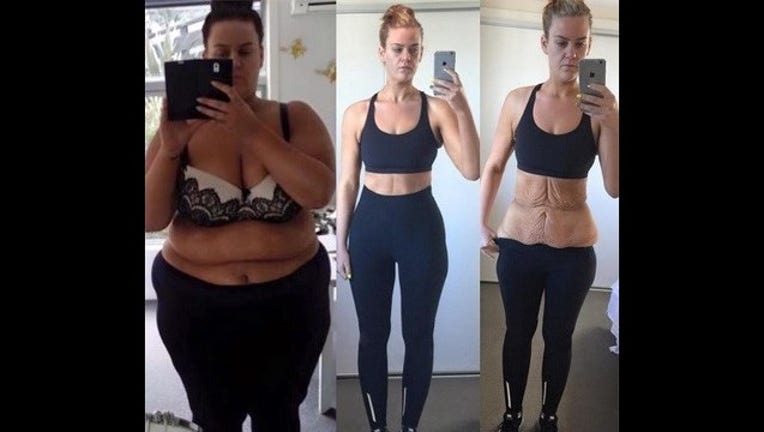 Simone Anderson, who is a hair stylist and makeup artist from New Zealand, has issued a viral response to those who are calling her a fake and liar after her massive weight loss, according to our sister station FOX 29 News.

Anderson has lost 187 pounds since she began slimming down, and she also created a Facebook page to document her weight loss journey.

However, some Facebookers are in disbelief of her weight loss and have been posting negative comments. So in response, Anderson posted a photo of herself showing her excess stomach skin.

And now, she is turning to the Internet for money to pay for its removal.