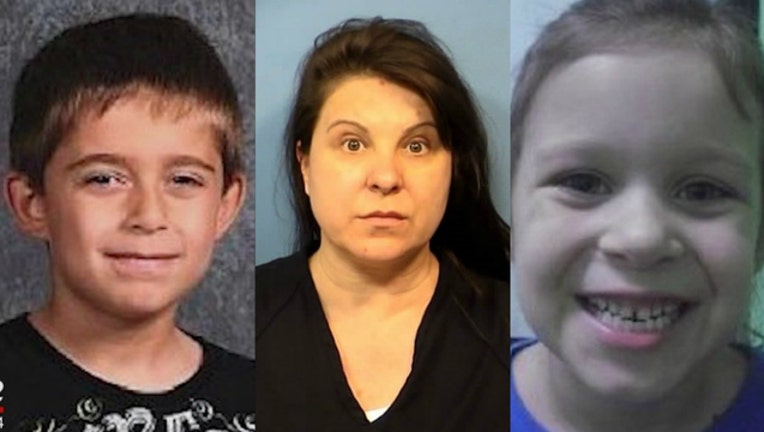 SUN-TIMES MEDIA WIRE - A Naperville woman was found guilty Wednesday of fatally stabbing her 7-year-old son and a 5-year-old girl she was babysitting in a brutal 2012 attack that also claimed the lives of two pet dogs.

Elzbieta Plackowska, 45, was found guilty of 10 counts of first-degree murder and two counts of aggravated cruelty for stabbing the dogs, according to the DuPage County state’s attorney’s office.

About 11 p.m. on Oct. 30, 2012, Naperville police responded to a report of a woman who’d been robbed and found Plackowska covered in blood at the home, the state’s attorney’s office said.

About the same time, officers responded to a call from Marta Dworakowski, who was attempting to locate her daughter, Olivia, whom Plackowska was babysitting.

After arriving at Dworakoski’s home, officers found Justin Plackowski and Olivia Dworakowski dead, along with the family pets, the state’s attorney’s office said.

Plackowska had told the children to get ready for bed, but they instead began jumping on the bed in the master bedroom, at which point she grabbed a kitchen knife and stabbed her son repeatedly in his body, prosecutors said.

She then stabbed Olivia repeatedly in her body and killed the dogs before driving to a family friend’s home, prosecutors said.

“This afternoon, following two and a half weeks of evidence and testimony, Judge Miller correctly found that Elzbieta Plackowska fully understood her criminal conduct at the time she brutally murdered Justin and Olivia,” State’s Attorney Robert Berlin said in a statement.

“They were two beautiful children with their whole lives ahead of them and I continue to offer my sincerest condolences to their surviving family members. This was an extremely disturbing case for all those involved.”

Plackowska’s next court appearance was set for Nov. 21.