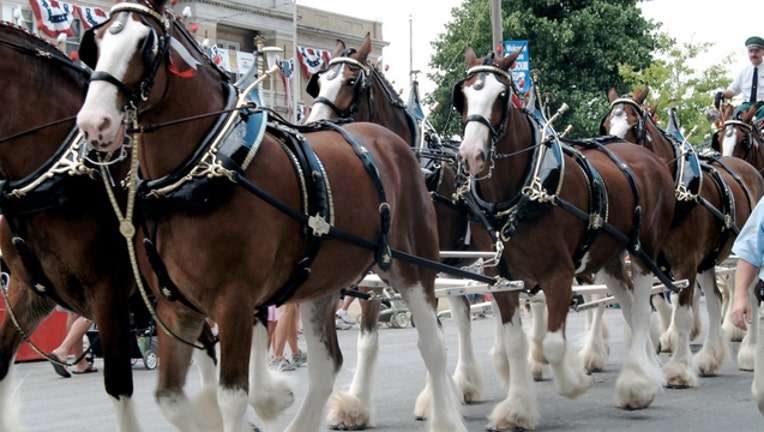 HARLINGEN, Texas (AP) - A South Texas woman who says she gave up beer for Lent won a case of Budweiser delivered to her home by a team of Clydesdales.

The Valley Morning Star reports Leandra Ruiz received the beer Thursday in a special drop-off, via the huge horses, at her neighborhood in Harlingen.

The 35-year-old Ruiz says that several weeks ago she entered an online contest for a chance at home delivery of some beer. Ruiz, who says she was surprised to learn she won, was on hand with family and friends to watch the Clydesdales pull up to her home.

The Budweiser carriage drivers also took Ruiz for a ride around the block.