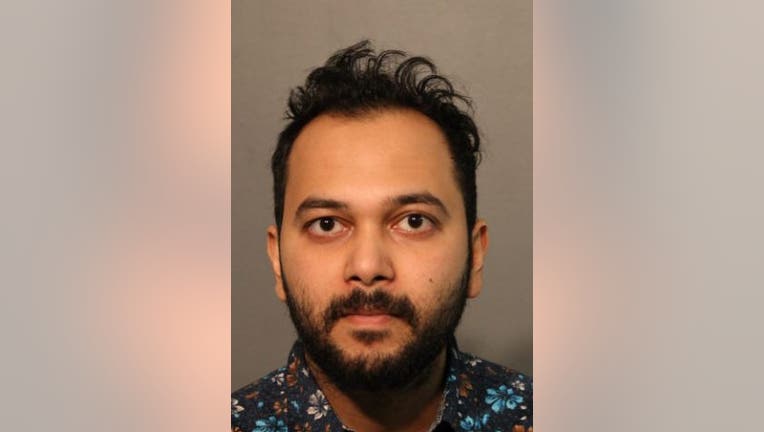 CHICAGO - A restaurant employee who was struck and injured by a food delivery driver last month in Lake View East has filed a lawsuit against the driver and Grubhub.

The suit filed Tuesday in Cook County Circuit Court alleges Grubhub was negligent in allowing Aamir Mohammed, who was charged in the hit-and-run, to access its platform and operate as a driver despite not having a license.

Mohammad struck Bijan Choya Early May 15 outside Ms. T’s Southern Fried Chicken, 3343 N. Broadway St., after being told to wait because he wasn’t wearing a mask and the restaurant is small, according to a statement from Corboy & Demetrio, the law firm representing Early.

Instead of waiting, Mohammed became “irate” and kicked the front glass door several times before getting into his car, the statement said. As her mother called police, Early walked in front of the car and Mohammed drove forward, striking her.

Early suffered a broken pelvis, two broken arms and fractures to her legs as well as significant nerve damage, the statement said.

Mohammad, 30, turned himself into police and was charged with aggravated battery with a deadly weapon, failure to report an accident and leaving the scene of a hit-and-run.

A spokesperson for Grubhub previously said Mohammed was not an authorized driver for the company and was using another driver’s account.

“We don’t comment on pending litigation,” a spokesperson for the company said Tuesday.

“It is a miracle Choya is even alive,” Early’s attorney Susan Schwartz said in a statement. “She has a very long recovery road ahead of her.”

The lawsuit demands a jury trial and seeks more tokhan $50,000 in damages.