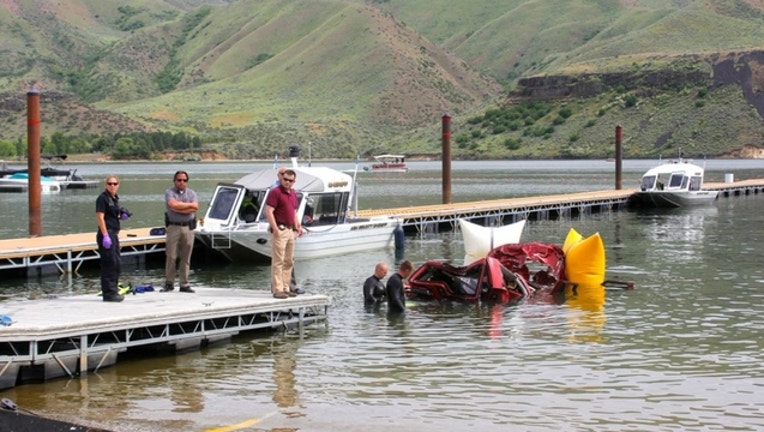 The Ada County Coroner’s Office said the deaths in the June 2, 2016, crash were ruled a triple-homicide suicide.

Noel Bankhead, 40, drove a Land Rover off a 50-foot cliff with her daughters and son inside, officials said. The vehicle sank in 40 feet of water in Lucky Peak Lake.

The bodies of Bankhead, Anika Voermans, 13, Logan Voermans, 11, and Gwyneth Voermans, 8, were recovered and the car, with a crushed roof, was pulled from the reservoir.

The cause of death for all four was drowning associated with blunt force trauma.

Witnesses told authorities the car Bankhead was driving suddenly turned slowed down, before it was positioned toward the cliff and accelerated.

Officials said they found nothing mechanically wrong with the vehicle but were unable to recover information from a water-damaged device on the vehicle that records speed, acceleration and braking.