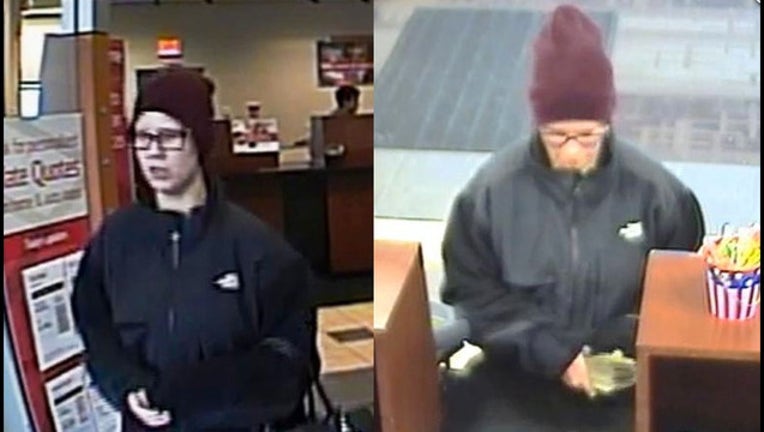 Surveillance photos of the woman suspected of robbing a Bank of America branch Thursday morning in elmhurst. | FBI

ELMHURST (Sun-Times Media Wire) - Authorities are searching for a woman who robbed a Bank of America branch Thursday morning in west suburban Elmhurst.

The woman did not show a weapon and no one was injured, authorities said.

The robber is described as a 5-foot-4 to 5-foot-6 white woman with a thin-to-medium build. She was wearing a red knit hat, thick-rimmed glasses, a black coat and khaki pants.