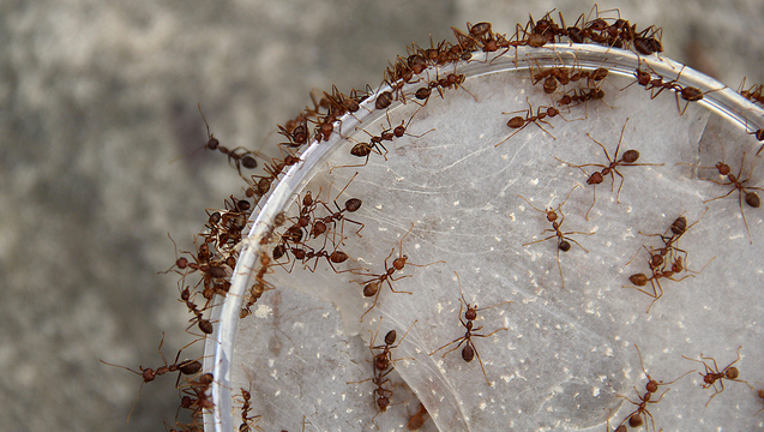 FOX NEWS - A North Carolina woman never thought completing a simple task such as yard work would result in a near-death experience.

Donna Kearns, of Archdale, was cutting through tall grass with a weed eater Saturday when she accidentally hit a mound of fire ants. The ants then “exploded” all over her, delivering sharp stings that “felt like pins going through you,” she told FOX 8.

Panicked, Kearns told the news station she attempted to wash the ants off with water, but began to feel ill before collapsing in her yard.

Moments later, Kearns, who was experiencing allergic reactions from the stings, was saved by a couple who drove by her home and saw her sprawled in the yard. Emergency officials were called and Kearns was rushed to the hospital soon after.