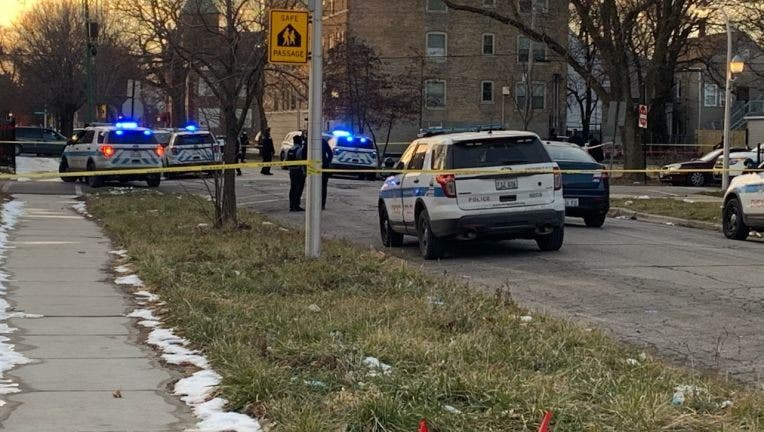 CHICAGO - A woman who was shot by police Saturday in Lawndale is facing felony charges for allegedly pointing a gun at officers.

Keshawna Davidson, 20, was charged Monday with three counts of aggravated assault of a peace officer and one count of unlawful use of a weapon by a felon, Chicago police said.

Davidson, of Chatham, was allegedly sitting in the driver seat of an illegally parked vehicle around 3:30 p.m. when officers approached her in the 1400 block of South Karlov Avenue, Cook County prosecutors said.

She was unable to provide a driver’s license, which prompted an officer to ask her and her two passengers to exit the vehicle, prosecutors said.

The passengers stepped out of the car but Davidson, who was on parole for a 2019 aggravated battery against on officer, allegedly refused, prosecutors said. She requested a female officer search her and appeared to be stalling as she sat in the car while texting on her phone.

Davidson said she had an injured leg and as officers tried to help her out of the car she placed her hands towards her back right side, prosecutors said. Officers asked to see her hands but Davidson moved them towards the middle of her waist, allegedly holding an object officers believed to be a gun.

The officers fired a total of 26 rounds at Davidson, prosecutors said. She was struck four times and taken to Mt. Sinai Hospital in critical condition, but has since been stabilized.

The two other people who were in her car were questioned but released without charges in connection with the incident, police said.