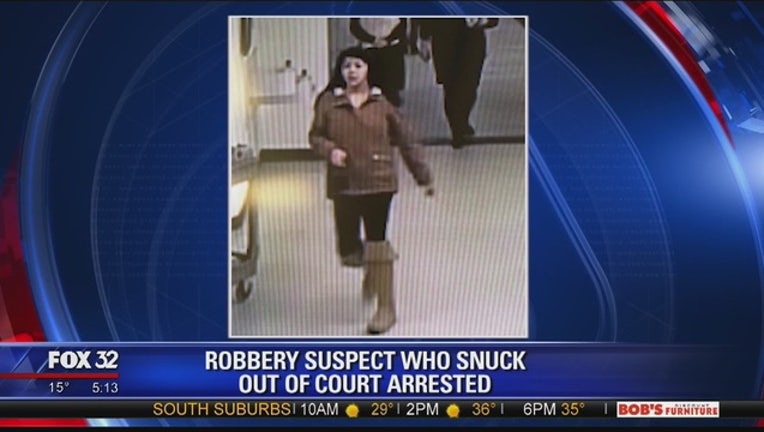 SUN TIMES MEDIA WIRE - An escaped robbery suspect was arrested Sunday evening on the Southwest Side, two days after she slipped out of her court hearing.

Alicia Gines, 19, was taken back into custody about 7 p.m. near the intersection of Harlem Avenue and Archer Avenue, where the city borders west suburban Summit, according to a statement from the Cook County sheriff’s office.

She fled Leighton Criminal Courthouse about 10:45 a.m. Friday, spurring an hunt into her whereabouts as well as confusion over how she managed to escape. The sheriff’s office was unsure about whether Gines was wearing handcuffs before she made her escape, but surveillance video showed her hands were unbound as she made her way out the courthouse.

Gines was charged with robbery in 2017 and placed on electronic monitoring, the sheriff’s office said. She had been waiting for appear before a judge when she made her two-day escape.

The sheriff’s office was investigating the circumstances that led to her outbreak, and possible additional charges were pending.