Starbucks has announced that customers and employees will be required to wear face masks when they enter stores beginning July 15.

SAN DIEGO - Last month Amber Gilles posted a scathing review to her Facebook page after an incident in which San Diego Starbucks employee Lenin Gutierrez refused to serve her for not wearing a mask, resulting in the creation of a GoFundMe page for Gutierrez, which raised more than $100,000 in tips for him.

Now, Gilles is demanding what she reportedly claims is her share of the money — half, to be exact.

“Meet lenen from Starbucks who refused to serve me cause I’m not wearing a mask. Next time I will wait for cops and bring a medical exemption,” Gilles wrote in the June 22 Facebook post that soon after went viral, but has since been removed from Facebook.

The story began to gain traction online, where Matt Cowan, an Orange County, California, resident saw it and decided he wanted to help the barista by starting a GoFundMe.

Though Cowan did not know Gutierrez, he said he wanted to raise some money for the barista with the initial goal of $1,000.

"It has always irked me to see people treat anyone in the hospitality industry with rudeness or disrespect when they’re just doing their job," Cowan said in an interview with Fox Business.

San Diego County guidelines state that citizens must wear face coverings in many public settings, including “inside of, or in line to enter, any indoor public space.” The county states that "everyone should help protect others by following health orders," however, the guidelines say that those with a health condition that prevents wearing a mask are exempted. 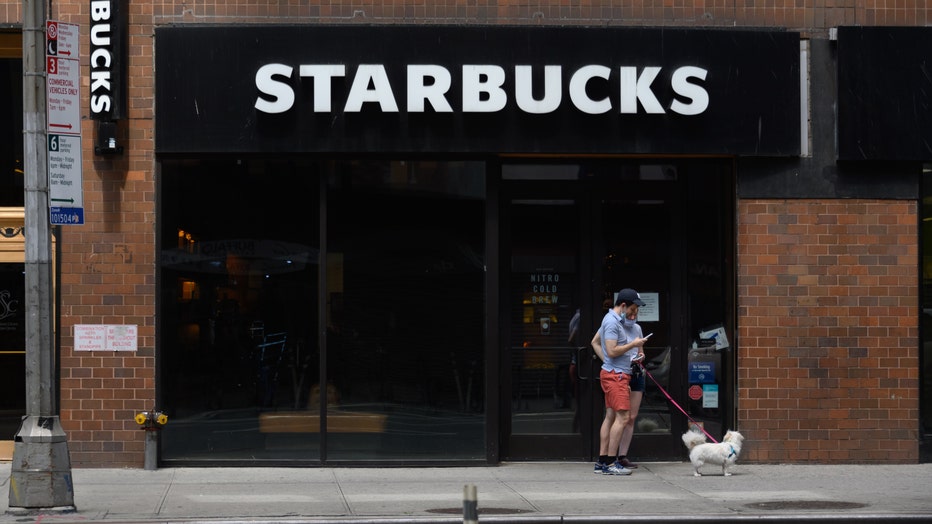 Starbucks announced last week that it would implement a policy starting on July 15 requiring all its customers to wear facial coverings.

The donations kept coming in, and now Gilles is claiming she’s owed half of the funds because she feels discriminated against.

She told KGTV that she has several medical conditions that prevent her from wearing a mask in public.

“One of them I get shortness of breath, dizziness and it messes with the heartbeat. And I do have asthma as well, and I do get mask-acne. So there’s several things going on and not only that but it doesn’t even work,” she told the local news outlet.

According to FOX News, Gilles claims to have a medical note from a chiropractor who was not named. Gilles is reportedly starting her own GoFundMe, as well as hiring a lawyer to help claim some of the money that Gutierrez received.

A separate GoFundMe was created by someone claiming to be Gilles’ sister-in-law, titled, “Lawyer fees to fight ‘Starbucks Karen.’”

“She lives at my MIL’s house, and even though MIL [mother in law] has asked her to move out, she refuses. I am raising money to get my MIL a lawyer to get Amber out of her house,” the page writes.

The page goes on to cite various alleged abuses by Gilles, claiming that Gilles is “delusional” for her intent to “sue a starbucks employee who stood up to her for not wearing a mask, and sue the person who organized a gofundme for the starbucks employee.”

Meanwhile, Gutierrez posted a video on the fundraiser page set up for him in which he explained that he plans to use the money to study kinesiology at Cal State Fullerton while also donating some of the funds to charity.

FOX News contributed to this story. This story was reported from Los Angeles.