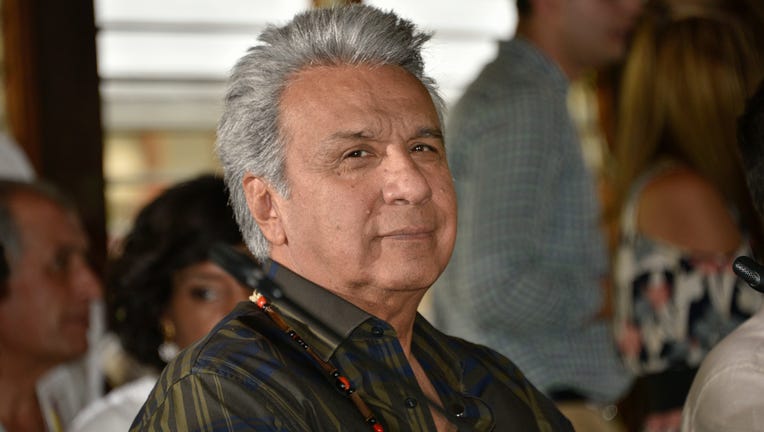 QUITO, Ecuador - Ecuador's President Lenin Moreno has scrambled to apologize for comments suggesting women tend to complain about sexual harassment when it comes from ugly people.

In a speech to investors Friday in the port city of Guayaquil, Moreno said men were under threat of being denounced for harassment and added, "at times, with harassment, they torment ugly people.

"That is to say, that the harassment is when it comes from an ugly person," he added. "But if the person looks good according to the standards, they tend not to think necessarily that it is harassment."

That prompted immediate outrage from women's rights activists and others.

The Women for Change organization joined in: "It is not that everything now looks to women like harassment, it is that to machos like you it has never seemed bad to harass!" the group tweeted.   Moreno then tried to apologize.

"In my comment about harassment, I did not intend to minimize such a grave topic as violence or abuses," he tweeted. "I apologize if it was understood that way. I reject violence against women in all forms!"

Women's rights activist Silvia Buendia said that machismo is "structural" in Ecuador and "everyone from the president to a common citizen needs to understand what we are talking about when we talk about violence against women."