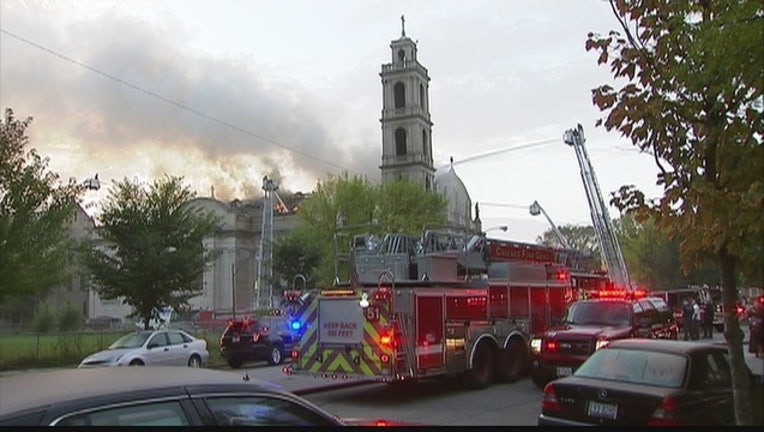 CHICAGO (STMW) - Less than a week after an extra-alarm fire tore through a historic church in the Woodlawn neighborhood, church leaders held a prayer service Sunday on the church steps to help parishioners process the heavy damage, the Chicago Sun-Times is reporting.

“We don’t always understand God’s plan,” Canon Matthew Talarico, provincial superior of the Institute of Christ the King Sovereign Priest, told the dozens gathered outside the church at 64th and Woodlawn. “He will indeed make all things new.”

“If we get knocked out, we get right back up,” he said.

Monsignor Michael Schmitz, the vicar general for the Institute of Christ the King, came to Chicago from Rome to offer help in the rebuilding process.

“I hope we can work something out so that this church has the future that it deserves,” Schmitz told reporters.

Formerly St. Gelasius Church and also St. Clara’s, the church had been the scene of a devastating fire in 1976 that nearly led to its demolition. It was saved by a Catholic order, the Institute of Christ the King Sovereign Priest, which has run the church since 2004.

In a gesture of solidarity, parishioners joined hands and partly surrounded the building as Talarico sang hymns into a microphone.

“We are Christians. We are Woodlawn,” he said.

Though members of the congregation were not allowed to examine the damage, church officials gave reporters a look inside.

The structure’s roof had burned nearly completely through, with strong breezes stirring up ash and charred debris.