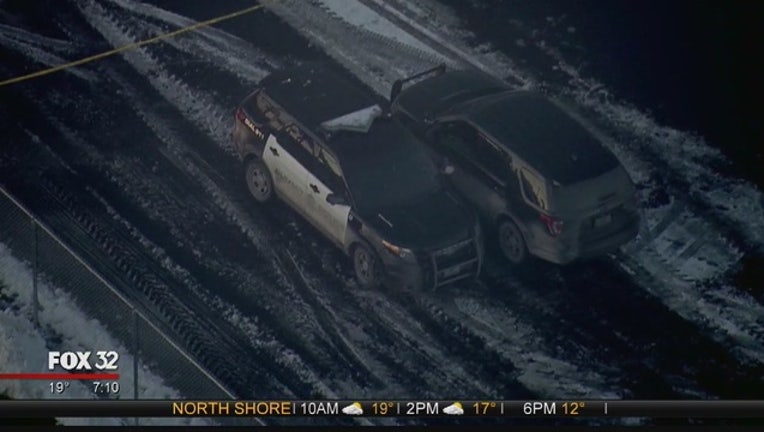 SUMMIT (Sun-Times Media Wire) - A worker was fatally struck by an ATV Monday afternoon at a southwest suburban reservoir under construction as part of the Deep Tunnel project.

The 55-year-old worker was struck and killed by an all-terrain vehicle during snow plowing operations in a parking lot at the site of the Metropolitan Water Reclamation District of Greater Chicago’s Deep Tunnel project in the 7700 block of Canal Bank Road in Summit, according to the federal Occupational Safety and Health Administration.

Robert Ellison was pronounced dead at the scene at 2:20 p.m., according to the Cook County medical examiner’s office. He lived in the 39300 block of Hickory Street in northwest suburban Spring Grove. An autopsy was scheduled for Tuesday.

OSHA is investigating along with Summit police. Ellison was a carpenter employed by the Kiewit Corporation, according to OSHA.

The Kiewit Corporation, which is working as a contractor on the McCook Reservoir project, said the company is cooperating with the U.S. Army Corp of Engineers, and state and local authorities in the investigation.

“We were deeply saddened to learn that an employee on the McCook Reservoir Main Tunnel System project lost his life yesterday afternoon,” Kiewit said in a statement Tuesday morning. “We extend our sincerest condolences to his family and friends, and those who knew and worked with him at Kiewit. Our deepest thoughts and prayers are with all of them at this time.”

The McCook Reservoir is one of two in the suburbs being completed in the Deep Tunnel project to improve flood control and prevent water pollution, according to the MWRD.