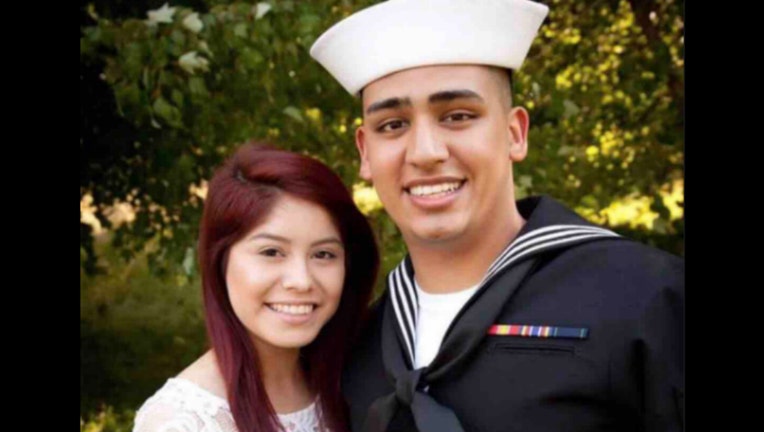 Jose Barrera and his wife, Marilis Barrera, were among three people killed in a crash Dec. 14, 2019 in Beach Park. | GoFundMe

BEACH PARK - A young married couple were returning home from the wife’s birthday party early Saturday morning when they and another driver were killed in a head-on crash in far north suburban Beach Park.

Jose Barrera, 24, Marilis Barrera, 23, and 71-year-old David Martinez of Beach Park, were all killed in the crash, according to the Lake County coroner’s office.

Jose Barrera was driving north about 4:45 a.m. on Green Bay Road when his Nissan Altima veered for an unknown reason into the southbound lanes near Blanchard Road and slammed head-on into a Honda Civic, the Lake County sheriff’s and coroner’s office said in statements.

Jose Barrera and his wife, Marilis Barrera, were both killed, authorities said. They lived in Waukegan. The Honda’s driver, 71-year-old David Martinez of Beach Park, was also pronounced dead on the scene.

My “great-nephew Tony and his beautiful wife Marilis were coming back from celebrating her 23rd birthday when the unimaginable happened,” Cristina Hayes wrote in an online fundraiser.

“I know no amount of words can help comfort their parents pain in this difficult time but I hope that by coming together, WE can alleviate the financial burden,” she wrote.

The Lake County Sheriff’s Office Technical Crash Investigations Unit is investigating the crash. Preliminary autopsy results indicate they all died of multiple injuries due to blunt force trauma from a car crash, the coroner’s office said. Toxicology results are pending.

“We have been in close contact with each of the families and our deepest condolences go out to them during this difficult time. This is truly a tragedy,” Lake County coroner Howard Cooper said in a statement.