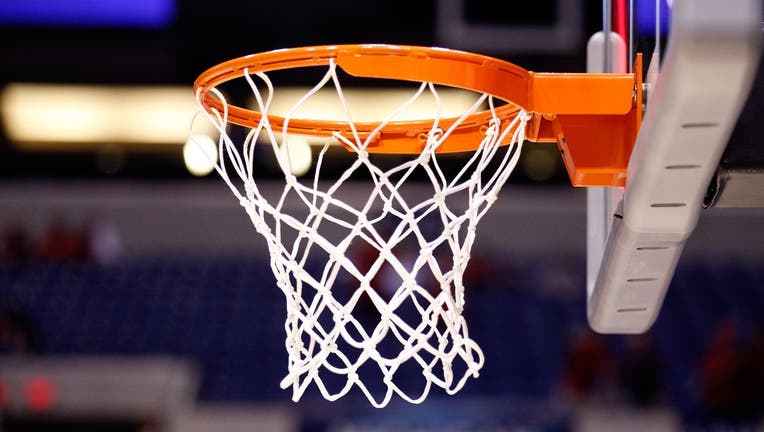 An Alabama high school basketball game was postponed Friday night after some chaos involving the hoop.

Ramsay High School’s Keshawn Murphy saw an opportunity to soar over the Carver-Birmingham High School defense and did. Murphy went up for the alley-oop and threw down a dunk so thunderous it brought the entire basket and everything connected to it down.

After Murphy finished the dunk, video showed the backboard and the lever connected to it go down. Somehow, all the players on the court managed to get out of the way of the collapsed basket and there didn’t appear to be any injuries to any of the players.

The backboard made a loud noise as it hit the court.

"When I dunked, I swung back and forth and saw that the goal was going down with me," Murphy, a three-star Mississippi State commit, told AL.com after the incident. "It didn’t feel real at all. I thought ‘why is the goal going down.’ I had no idea that a goal just broke in front of me. It was wild."

Ramsay coach Denton Johnson told the newspaper he immediately was focused on the defense after the dunk when he heard the support come down.

"If you watch me on the film," Johnson said. "I was yelling about defense when I heard a pop. I turned to look and saw one of my players running at me. I saw it collapse and just held my breath that it didn’t hit one of them."

Ramsay High School announced after the game at the matchup would be finished next week. There were still 4 minutes remaining in the game when the basket came down.