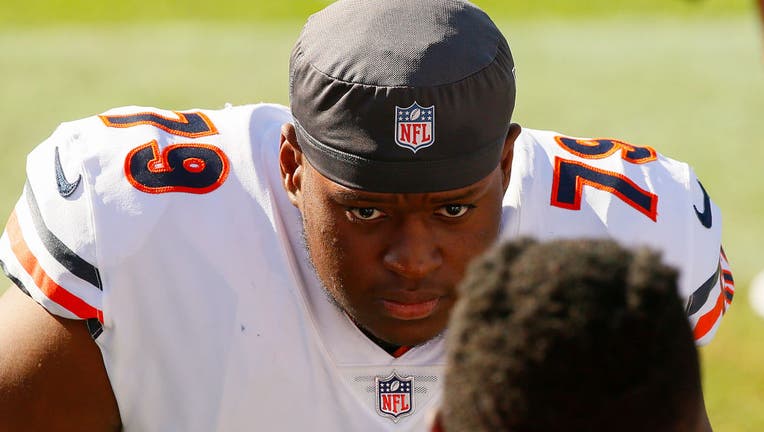 NASHVILLE, TENNESSEE - NOVEMBER 08: Dino Boyd #79 of the Chicago Bears watches from the sideline during a game against the Tennessee Titans at Nissan Stadium on November 08, 2020 in Nashville, Tennessee. (Photo by Frederick Breedon/Getty Images)

The NFL is placing all teams in intensive protocol starting Saturday to mitigate the risk of COVID-19 as the number of cases rises around the country.

Use of masks will be mandatory at all times at team facilities, including during practice and in weight rooms. Meetings must be held either virtually or in the largest indoor space with approval by the league. Meals have to be made available for grab-and-go to avoid players and staff congregating in cafeterias. Time spent in the locker room also has to be limited.

Clubs operating under the intensive protocols have reduced close contacts by more than 50% since the fifth week of the regular season, according to a memo obtained by The Associated Press that was sent from NFL Commissioner Roger Goodell to teams on Wednesday.