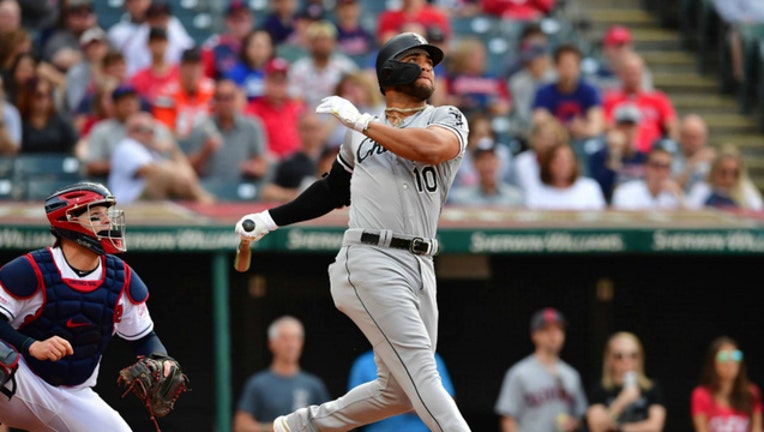 CLEVELAND (AP) - Trevor Bauer tweeted a playful message to Tim Anderson earlier in the day. Anderson replied in kind, then chased the All-Star pitcher after his worst start this season.

Anderson hit a two-run single in the sixth inning that ended Bauer's evening as the Chicago White Sox routed the Cleveland Indians 9-1 Monday night and stopped a three-game losing streak. Yoán Moncada also had a two-run homer and four RBIs off the right-hander.

Bauer (4-2) matched his career highs by allowing eight runs and seven earned runs in five-plus innings, raising his ERA from 2.45 to 3.42. Chicago ended his streak of starts allowing four earned runs or fewer at 60, the second-longest run since 1970 behind Greg Maddux's 106 from 1991-94.

Before the game, Bauer reached out to Anderson on Twitter, writing, "I'm all in on the bat flips man, but if you could skip a day today that would be great. Even the lord took a day of rest."

Anderson flipped his bat after homering against Kansas City on April 17. Brad Keller hit him with a pitch in his next at-bat, prompting benches to clear.

"I don't know him, but what I do know is I hope that we don't see a ton of that bat-flipping these next four days," Indians manager Terry Francona said.

There was no bat-flipping after Moncada homered in the first and James McCann hit a solo shot in the fourth. Leury García had three singles in three at-bats against Bauer, while Anderson had two hits and is batting .339 with an MLB-leading 12 stolen bases.

"He's got such good stuff and so many weapons, you don't want to get to two strikes," McCann said. "The plan was getting our pitch and not miss it, and not allow ourselves to get into two-strike counts that he wants to."

Iván Nova (1-3) went seven innings, allowing one run and eight hits, for his first win with the White Sox. He was 0-3 in eight starts since his last win on Sept. 21 with Pittsburgh against Milwaukee.

Jason Kipnis singled, doubled and drove in Cleveland's lone run in the fifth.

"Top to bottom, nice outing by Ivan," Chicago manager Rick Renteria said. "He gave us a little length and obviously the score helped. We tacked on some runs and were able to get going early."

Chicago had three hits in four at-bats in the fifth but scored just one run. Moncada doubled with runners at the corners, and García was thrown out at the plate without a slide, with right fielder Tyler Naquin making the throw to Francisco Lindor, who threw to catcher Roberto Pérez. One batter later, Moncada was doubled off second when he thought the inning had ended on José Abreu's foulout.

White Sox: RHP Kelvin Herrera (lower back) is experiencing back spasms after being removed Sunday against Boston with stiffness. The setup man allowed a career-high five runs in 2/3 innings against Boston.

Indians: OF Leonys Martin (left hamstring) did not play for the second straight day, but Francona said he will play Tuesday. Martin did some light running on the field before the game.

White Sox: RHP Lucas Giolito (2-1) makes his second start since returning from a strained left hamstring. He struck out seven in a five-inning no-decision against Boston last week.

Indians: RHP Jefry Rodríguez (0-1) will be recalled from Triple-A Columbus for his third start. He gave up one run over a career-high seven innings in his last appearance, on April 24 against Miami.