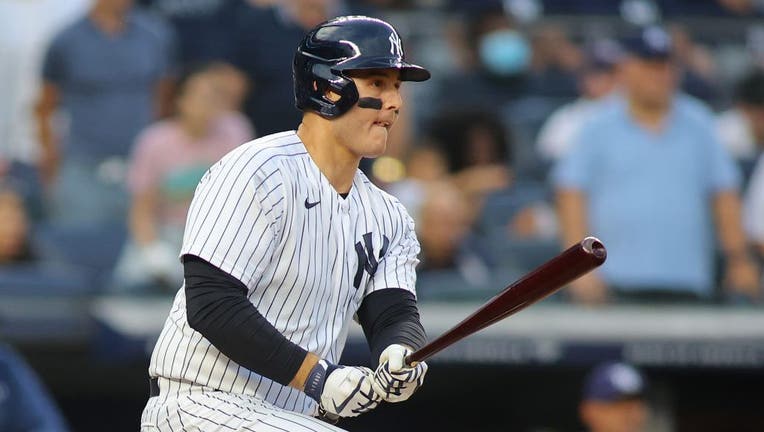 NEW YORK - Anthony Rizzo is staying with the New York Yankees, agreeing Tuesday night to a $32 million, two-year contract, a person familiar with the negotiations told The Associated Press.

The person spoke on condition of anonymity because the agreement was subject to a successful physical.

A three-time All-Star first baseman, Rizzo was acquired by the Yankees from the Chicago Cubs on July 29 and added a left-handed bat to a heavily right-handed batting order in New York. He hit .248 with 22 homers, 61 RBIs and a .783 OPS last season, including .249 with eight homers, 21 RBIs and a .768 OPS in 49 games for New York.

Rizzo also provided plate discipline and smooth fielding at first, where he has won a pair of Gold Gloves.

Rizzo said in June that he had not received a coronavirus vaccine, adding "as we continue to get more data, I’ll continue to be more educated on it."

Unless New York City changes its requirement, he will need to be vaccinated in order to play at Yankee Stadium. New York City currently mandates that every private sector employee be inoculated against the coronavirus.

Earlier Tuesday, Yankees star Aaron Judge refused to directly answer a question about his vaccination status. Unvaccinated players will also not be allowed to play in Toronto against the division-rival Blue Jays due to Canadian entry laws.

Both Rizzo and outfielder Joey Gallo, a strikeout-prone left-handed hitter, were New York’s primary acquisitions at last summer’s trade deadline. Before the deals, DJ LeMahieu had been getting significant playing time at first.