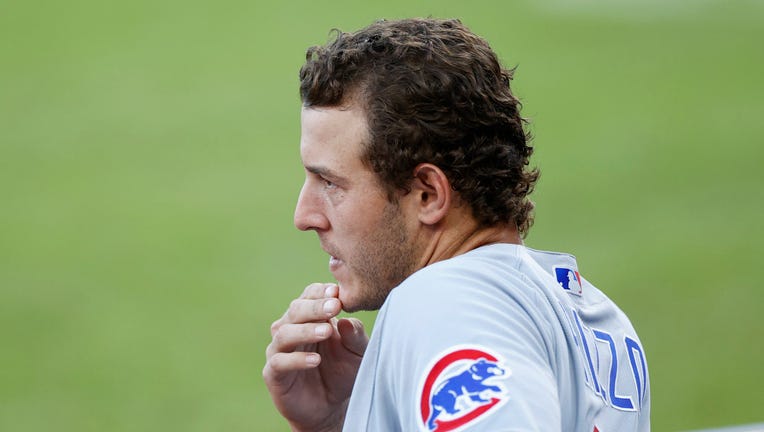 MESA, Ariz. - Anthony Rizzo is cutting off talks with the Chicago Cubs on a new contract and is prepared to play the season as free agency looms after the World Series.

The first baseman, who in 2016 helped the Cubs win their first title in 108 years, agreed in March 2013 to a $41 million, seven-year contract that included two team option years. He has a $16.5 million salary this season and set a deadline of opening day for a new agreement.

"Obviously there’s been talks and whatnot, but it doesn’t look like really at this time anything is going to be finalized and look forward to just opening up Thursday and starting this journey with this team," Rizzo said Monday.

His preference is to stay with the Cubs. He won’t listen to an offer unless it is at a level close to what he thinks the proposal should be.

"We’ve given a lot during this process here and I think with the opening-day deadline, we feel really strong about it," Rizzo added. "And we’ve had enough time to talk and try to figure it out. But I think once the season starts for me personally, it’s focused on baseball. And if my mind isn’t 100 percent on baseball and it’s elsewhere, it’s hard enough to play. So I think once Thursday comes I think we just — I focus on baseball and that’s it. And I told my agents, I told them really not to talk to me about it anymore, even from this point on really. And like I said earlier, it was good just to have clarity one way or the other, and now I can get ready for the season."

Third baseman Kris Bryant and shortstop Javier Báez also are entering the final season of their contracts. Bryant has a $19.5 million salary and Báez $11.65 million.

"When you think of the actual just business side of it," Rizzo said, "you can’t just be naïve to think that just because of what I’ve done here and what I’ve expressed, I’m just — they’re just going to hand me a contract, right? So I have to go out and earn it. And I look forward to just continuing to play and be me."

"I love Chicago. I love the fans. I love Wrigley Field and (what) being a Chicago Cub is all about but obviously it didn’t work out thus far, and that’s OK," Rizzo said. "I’m at peace with it. I’ve done everything I can."

Rizzo understands fan unhappiness with a lack of spending by the Cubs and roster additions to the level many would like to see.

"From an outsider looking in, I’d probably be frustrated, too, just because you have this team that’s very talented and we’ve kind of — we haven’t lived up to our expectations the last few years," Rizzo said. "If I’m sitting back, too, I’m not happy because I want my team to win all the time."

He knows this is the final season of his contract and has no idea whether this will be his last year with the Cubs.

"I can’t tell you what the future holds," he said.