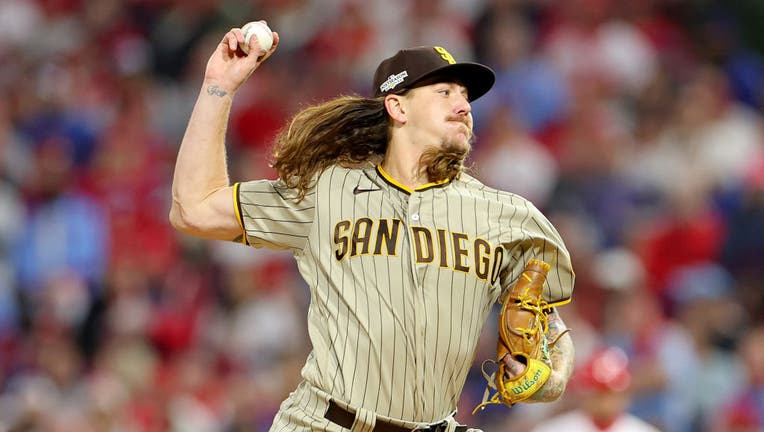 Mike Clevinger #52 of the San Diego Padres pitches during the first inning against the Philadelphia Phillies in game four of the National League Championship Series at Citizens Bank Park on October 22, 2022 in Philadelphia. (Photo by Michael Reaves/G

CHICAGO - The Chicago White Sox bolstered their rotation, agreeing to a one-year contract with right-hander Mike Clevinger, a person familiar with the agreement told The Associated Press.

The person spoke on condition of anonymity Monday because the deal was subject to a successful physical.

Chicago is looking to bounce back from a disappointing 2022 season, when it went 81-81 and finished 11 games back of surprising AL Central champion Cleveland. Hall of Fame manager Tony La Russa stepped down in October and Pedro Grifol was hired on Nov. 1.

The White Sox got a big lift from Johnny Cueto this year, but the 36-year-old right-hander is a free agent after going 8-10 with a 3.35 ERA in 25 appearances. Clevinger slots into a rotation that likely will include Dylan Cease, Lance Lynn, Lucas Giolito and Michael Kopech.

The move puts the 6-foot-4 Clevinger back in the AL Central after he made his major league debut with Cleveland in 2016. He went 42-22 with a 3.20 ERA in four-plus seasons with Cleveland before he was traded to San Diego in a multiplayer deal in August 2020.

Clevinger was selected by the Los Angeles Angels in the fourth round of the 2011 amateur draft. He was traded to Cleveland in 2014.