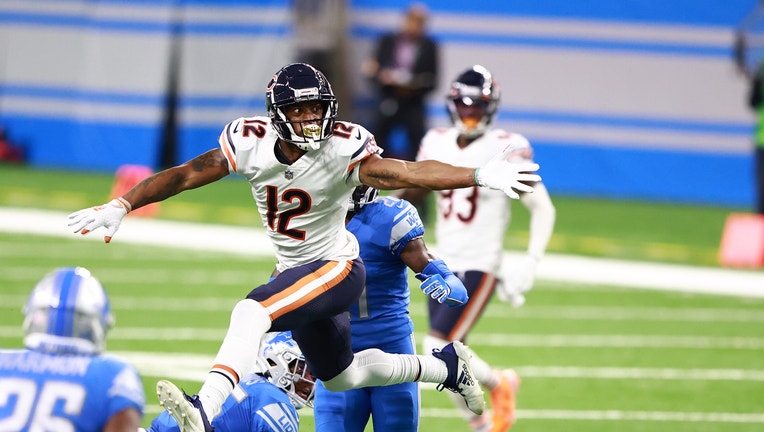 Allen Robinson II #12 of the Chicago Bears attempts to make a catch in the first quarter against the Detroit Lions at Ford Field on September 13, 2020 in Detroit, Michigan. (Photo by Rey Del Rio/Getty Images)

DETROIT - Mitchell Trubisky lofted a 27-yard, go-ahead touchdown pass to Anthony Miller with 1:54 remaining and the Chicago Bears held on to beat the Detroit Lions 27-23.

Detroit drove to the Chicago 16 with a chance to win and rookie running back D'Andre Swift dropped a pass in the end zone.

Matthew Stafford threw another incomplete pass as time expired to complete the collapse.

Trubisky threw three touchdown passes in the fourth quarter to help Chicago come back from a 17-point deficit.

The Lions opened last season by blowing an 18-point lead at Arizona and settling for a tie.