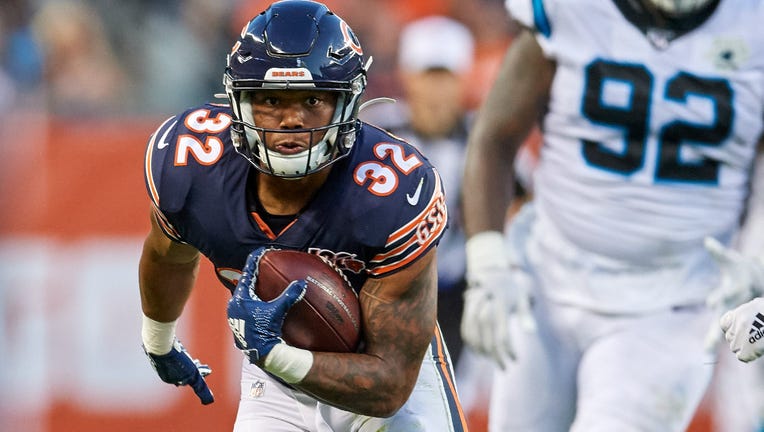 Chicago Bears running back David Montgomery runs with the football in game action during a NFL preseason game between the Carolina Panthers and the Chicago Bears on August 8, 2019 at Soldier Field, in Chicago, IL. (Robin Alam/Icon Sportswire via Getty Images / Getty Images)

CHICAGO - Chicago Bears running back David Montgomery is looking to build upon a great rookie season -- and that means changing up his diet in the offseason.

Montgomery told reporters Sunday that he had been craving mostly junk food during his rookie season, according to the team’s website. But now, he’s on a more regimented program.

“Whenever I had the craving for a Krispy Kreme doughnut, I'd definitely go have one back in the day,” Montgomery said. “But now, I fight the urge to go have one.”

“I feel amazing,” he said. “Everything feels good right now, as far as my body. I'm not as sore as I was last year because of the lack of food that I don't need that has a lot of inflammation to it. And, just running, just being able to run and feeling good at how I run and being able to make the right cuts.”

Montgomery emerged on the scene last year and will likely have an expanded role in the Bears’ offense in 2020.