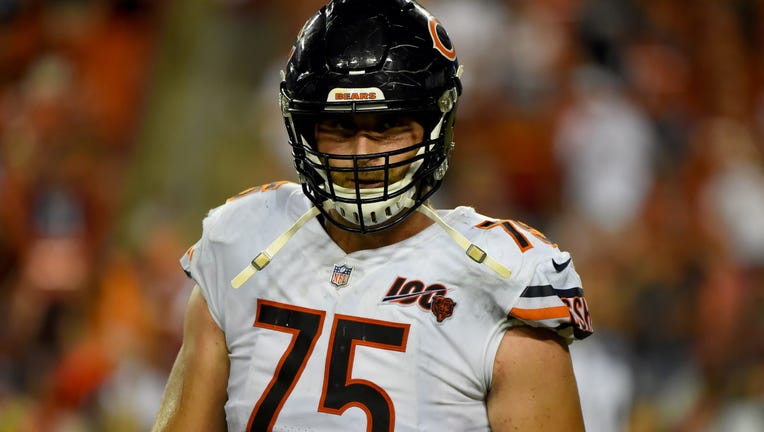 Kyle Long of the Chicago Bears looks on during the second half against the Washington Redskins at FedExField on September 23, 2019 in Landover, Maryland. (Will Newton/Getty Images / Getty Images)

The oft-injured Long tweeted he is “stepping away and getting my body right.” He thanked team matriarch Virginia McCaskey, former general manager Phil Emery, ex-Bears coach Marc Trestman, current GM Ryan Pace and the fans. And he wrote in response to a fan: “I was drafted a Bear and I decided to retire a Bear.”

The son of a Hall of Fame defensive end, Long made the Pro Bowl at right guard and tackle his first three seasons after Chicago drafted him with the No. 20 overall pick in 2013. But he played in just 30 games the past four years — four this season.

It was clear Long’s time in Chicago was ending after the Bears placed him on injured reserve for the fourth time in four seasons following a Week 5 loss to Oakland in London, even though he played the whole game. The Bears had an option on him for next season. But Long made the decision for them.