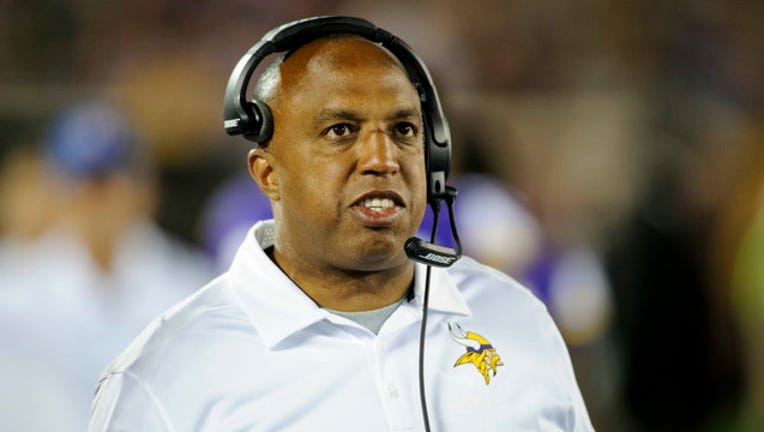 Defensive Coordinator George Edwards of the Minnesota Vikings looks on during the game against the Oakland Raiders on August 8, 2014 at TCF Bank Stadium in Minneapolis, Minnesota. (Hannah Foslien/Getty Images)

The 50-year-old Edwards has coached 28 seasons -- 20 in the NFL -- and has been Minnesota's defensive coordinator since 2014. The NFC North champion Vikings gave up a league-low 275.9 yards and 15.8 points per game. They were also second against the run and the pass.

The interview with Edwards in Minnesota on Thursday was the Bears' second since they fired John Fox this week. Chicago also met with defensive coordinator Vic Fangio at the team's headquarters on Wednesday.

Fox was let go after posting a 14-34 record in three years and a .292 winning percentage that ranks as the second-lowest in franchise history. The Bears were 5-11 this past season.