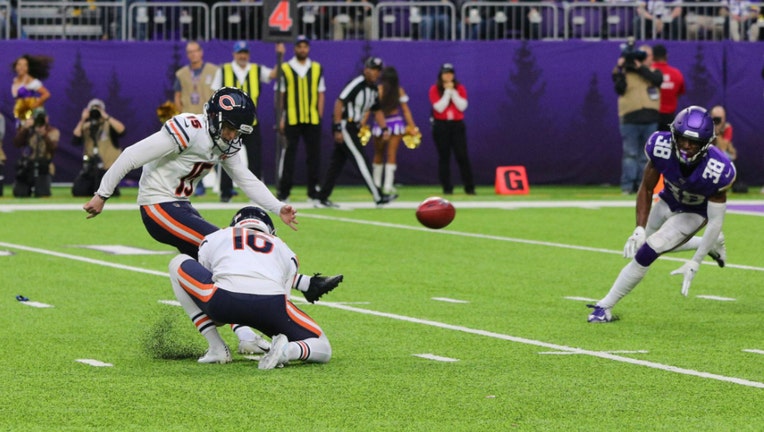 LAKE FOREST, Ill. - Chicago Bears kicker Eddy Pineiro will miss at least the first three games of the season because of a groin injury after the team placed him on injured reserve on Tuesday.

Pineiro made 23 of 28 field goals for Chicago last year following an offseason trade from Oakland. But he was unable to kick in camp because of the injury.

A new rule implemented because of COVID-19 allows players to return from IR after missing three games. The earliest Pineiro would be able to play is Oct. 4 against Indianapolis. His injury could mean kicker Cairo Santos gets promoted from the practice squad.

Santos played in five games for Tennessee last season. He was with Kansas City from 2014-17 when Bears coach Matt Nagy was on Andy Reid’s staff and appeared in two games for Chicago in 2017.

The Bears also signed defensive tackle Mario Edwards Jr. A second-round pick by Oakland in 2015, he has 10 1/2 sacks for the Raiders, New York Giants and New Orleans.