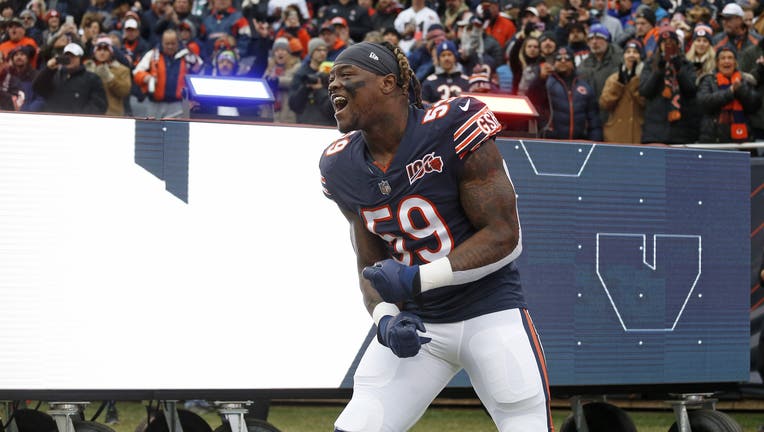 Trevathan has not played since Nov. 10, when his arm bent awkwardly as he tried to sack Jeff Driskel in a win over Detroit. The team leader at the time with 50 tackles, Trevathan ran off with his arm dangling by his side, His future is uncertain. Tevathan has an expiring contract and has finished two of the past four seasons on injured reserve.

Chicago promoted cornerback Michael Joseph from the practice squad to the active roster.